The All In Election – Or Not? More Commentary on the SCRCC January Meeting 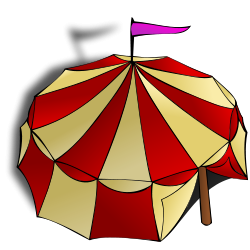 The following comments comprise our final one  in a series of dedicated posts regarding the January 8th Scott County Republican Central Committee (SCRCC) meeting.   Looking forward, in another post we will hold forth on what we believe to be a responsible unity building internal operating platform with a view to the upcoming SCRCC elections.

This post is intended to also serve as an unofficial rough summary of cash flows over the last two years, made necessary in order to add perspective to the clearheaded question posed that evening by a former long serving SCRCC officer as to why we had such a substantial balance just after an election.  I believe his words were “shouldn’t we plan to be near zero” in the spirit of “why were we not all in financially for this monumental election.” It deserves more analysis than afforded that evening.

The financial reports of SCRCC are filed with the Iowa Ethics & Campaign Disclosure Board (IECDB) periodically and are available for public viewing by visiting the IECDB website. Scanning the SCRCC 2011 report (in non-election years the party files only a single year-end report unless a special election ensues) and engaging in only a cursory categorization, we see that at the beginning of 2011, there was almost $16,900 in the SCRCC bank account.  At the end of 2011 the bank balance was about $27,650.

According to the report the cash contributions for the year  amounted to almost $41,000. Relying on only a quick scan of the details of the report it is clear that income has become dependent on the Lincoln Club and the Ronald Reagan dinner.  Probably less than 10% of the total cash contributions were raised apart from that.  As reported that year the SCRCC also received substantial in-kind contributions in the form of office rent to the tune of $15,600.

Examining the expenses for the 2011 year we see that there were no candidate expenses, very little program expenses in terms of  communicating outside of the Republican circle (essentially only the Mississippi Valley Fair) and that the bulk of the expenses revolved around fundraising and some administrative expenses.

So the bank balance increase from the beginning of the 2011 year to the end of the 2011 year of about $10,750 was accompanied by $41,000 in contributions with little program expense (only fund raising and administrative).  It should be understood that the costs of the 2012 caucuses were not preloaded to any extent (no special prepaid expenses).  That there was a bank balance to draw on going into the caucuses was however welcome even if in the scheme of things the caucus to county convention process was not very expensive and is self financing, indeed apparently a money maker.

Looking at the first 2012 report which encompasses the caucus through the  county convention process we see that room rentals appear to have cost about $900. Without perusing the report one can presume that there were some associated mailing expenses and  newspaper ads.  It might be overly generous to allow that the total cost for the process apart from delegate fees was $1800 or so.

Free will “buck bag” contributions caucus night, an appeal “to defray expenses” brought in $7900. Other donations associated with the process brought in about another $1800.  Delegate fees associated with district and state conventions are largely a pass through with $5641 raised and $4920 turned over.  It appears that the process might have cleared $7000 to $8000.   A testimony to intense interest in the process.

Progressing through the 2012 reports, a crucial election year, remember that the SCRCC  starts with $27, 650 in the bank ($16,900 plus $10,750 net surplus in 2011 as set forth above).  Income throughout the fiscal year 2012 amounted to $65,411. That amount was again primarily Lincoln Club and the Ronald Reagan dinner, pass through caucus expenses and pass the hat donations.  A “Texas Hold-em” fund raiser appeared to be about a break even. We did not observe any substantial direct mail  or unspecified on-line donations identified as such.

Adding up the expenses listed on the four reports during the 2012 year we arrived at $73,195 in spending.  Of that, the amount that went directly to candidates was $21,350 or 30% of expenditures.  No complaint on the margins at this point as candidates in general receive some benefit from any other program expenses that may have been part of the remaining expenditures.

Answering the Question, Or Not

So much was made of this election and what was and is still at stake that, arguably, most Republicans presumed this was to be an “all in” election. What good reasons were there to not plan on being near zero? It is not as if money and fund raising efforts cease after an election, indeed as we pointed out above, $41,000 was raised in 2011, an off year. Charitable money is a stream not a lidded jar with no replenishment possible.  So it is a legitimate question to ask if a substantial sequestration occurred, and furthermore should not the full CC have been in on it.

Two things seemed to be suggested that night, neither responsive to the question. One was that four years ago after the 2008 presidential election the committee had a $2500 debt to repay (and we note only about $1000 in the bank).  Clearly that was a side-step as no one suggested that going into debt was the necessary course of action. However had there been an identifiable path to victory in any race we presume we would have said yes to incurring debt if a loan could be had, but that was not at issue.

The thought that the SCRCC administration does not know how much resources will be needed up to election day might be the most defensible reason for the reserves, but it was not offered as a reason to our knowledge, and would still have been an  insufficient response.  One might also suggest that the administration does not necessarily know how much money will come in in August or September from its October Ronald Reagan dinner fundraiser. But it is also true that substantial funds did come in and in time for some projects in support of the election had they been planned for (which also begs the question of the tactical appropriateness of having the RR dinner quite so late in the cycle).  Conservative predictions of income coming in are appropriate to managing a successful campaign.

Given the importance of the election, level of concern, Iowa’s battle ground state status, track record of income, it would seem to be a low risk venture and appropriately enterprising, indeed necessarily aggressive given what was at stake to have spent down the bank balance on worthy projects more then was done  to benefit Republicans across the board in Scott County. Or, if everything was so well covered and funded in Scott County, look beyond our own borders to other counties where there may have been opportunities to help make a difference in races elsewhere in the state. And if that was too much of a flummoxing prospect, it would have been a supportable thing to do to forgo the rent required of the RPI for space in the campaign headquarters in order to help in their broad based efforts. Individual candidate contributions levels might also have been reconsidered.

Our preference would have been an investment of ten to twelve thousand dollars in issue communications with regard to voter integrity, negatives about voting Democrat that our candidates never do, or better yet, advocacy communications to vote straight Republican. That level would have still left eight to ten thousand in the larder.  Certainly other projects might have been substituted resulting in resource utilization, instead those resources were left on the table . The most cost effective and beneficial timing would be focused on inoculating voters in the late summer, before the cacophony starts and voting begins.

Rumblings were also heard that night about the possible need for reserves for the upcoming city elections.  We like the general idea but pursuant to what established policy, level of authorization, and as a substitute for what 2012 priorities?  It is an appropriate justification if such exists beyond a vague wish list concept.  Without specification it begs the question of the importance of the 2012 election which we were all properly focused on, and seems to be oblivious to the idea that future fund raising does go on. If there is an authorizing policy in existence prioritizing that concept to the effect that 2012 spending was to be curtailed in favor of a later day election we stand corrected.

Alas we must concede the possibility because our memory fails us,  minutes of the CC and that of the executive committee are not supplied in writing or archived on-line when it could so easily be done. Indeed most website platforms have “members only” section capability so that internal postings and discussions among CC members can conveniently occur.  We wonder what the administration has in mind as nothing has been definitively shared with the Central Committee but their funds have been sequestered.

For the record, we have decried the move to “non-partisan” city elections from the beginning.  We think that given turnout patterns in city elections candidates identified as Republican will do better in most if not all wards. We offer that as much as we are embarrassed by our commie kowtowing current mayor, it should be kept in mind that  Davenport and Bettendorf have fairly weak mayoral systems. The city councils are the  key.  Now if we are talking about a basic city platform and support of acceptable council candidates who will vote accordingly, rather than as tools of Davenport One or “The Chamber” or whatever the rent seekers are calling themselves these days, then we have a worthwhile goal and we should finance a coordinated effort. It will be more powerful than they will ever be, because we will be protecting average tax payers.

* If any of our consolidations are substantially in error we will be pleased to correct the record upon notification and substantiation. SCRCC members are not currently afforded printed minutes or printed Treasurer reports or at least consolidated summaries of finances or pertinent operating resolutions nor are they posted online or e-mailed prior to or after meetings (Treasurer reports are available at the IECDB website and printable from there but not on a timely basis relative to budget considerations at meetings).  Verbal minutes (extensive) and other reports are given. Agendas are provided. But informed discussion requires easy access to relevant operating information in written form.

Laborious mailings are not called for here. If not posted online a supply of minutes and treasures reports and or corrected reports should be available consistently (at least electronically) prior to each meeting.  Minutes need not be lengthy but actionable topics discussed and motions / resolutions with vote results are of primary consideration so that every CC member can be well grounded in the controlling documents and operating resolutions.  Posting online or e-mailing is preferred.   Extra copies of conformed bylaws should be available at every meeting.         R Mall

0
This entry was posted in SCOTT COUNTY REPUBLICAN MATTERS. Bookmark the permalink.