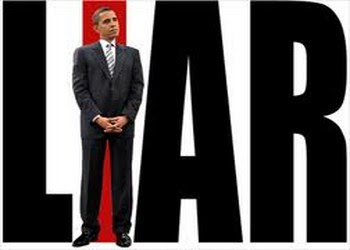 Putting aside Obama’s intention to further reduce our nuclear arsenal as articulated in his June 19 speech in Berlin, he has solidified his position as the World’s Greatest Liar with his statements about climate change, aka global warming, which he called “the global threat of our time.”

Let us stipulate that the global threat of our time is the rise of Islamic fanaticism in its pursuit of a worldwide caliphate. It threatens some six billion of the world’s population that represent other faiths. It is on the rise throughout the Middle East and into northern Africa’s Maghreb. It has cells in South America and it threatens the lives of millions of Americans if the jihadists acquire nuclear arms.

Regarding the President’s call for nuclear disarmament, veteran journalist Bill Gertz observed that “The president is using a new term to support his earlier disarmament call back in 2009 in Prague, and it’s called ‘peace with justice’ which has a very Marxist-Leninist ring to it. All the rhetoric of the communist groups around refer to peace with justice, (and) now the president has employed it for the first time.”

Obama continues to conjure up global warming despite overwhelming evidence that it does not exist. Dubbed “climategate”, revelations in 2009 made clear that a small group within the UN Intergovernmental Panel on Climate Change (IPCC) were deliberately falsifying their climate models.

There is nothing that humans can or should do regarding the Earth’s climate. It is a force that is so vast and powerful that calls for renewable energy, energy conservation, and a “carbon tax” on carbon dioxide (CO2) emissions are utterly false, a danger to human life, a threat to global economic development, and the work of scoundrels and charlatans.

At present, there has been no warming for almost seventeen years. The Earth is in a natural cooling cycle as the result of another natural cycle, the reduction of the Sun’s radiation that warms the Earth.

The President is lying!

In his 2008 speech in Chicago’s Grant Park following his election, Obama said, “It’s been a long time coming, but tonight, because of what we did on this day, in this election, at this defining moment, change has come to America”

The change has been, not just the election of the first black American as president, but the first president to consistently lie to Americans. The change he has wrought in his first term and is seeking to bring about in his second includes the largest seizure and nationalization of the American health system in our history and a “stimulus” that wasted billions of dollars that accomplished nothing to reduce unemployment and avoid economic stagnation.

Obama’s promise of change has reduced America’s standing in the world as the protector of peace and his decisions have helped advance the spread of the Islamic jihad.

It has produced a war on coal, the energy resource that, prior to his taking office, provided fifty percent of all the electricity Americans use every day. It has reduced access to oil and natural gas on federal lands. Obama will pursue more action in the name of climate change in the form of more regulation of power plants, new subsidies for so-called clean energy, and other big, futile, farcical, and costly government programs

Obama’s administration has given us scandals from “Fast and Furious” to the failure to come to the aid of our ambassador to Libya in Benghazi; the revelation that the IRS engaged in a deliberate program against Tea Party, patriot groups, and even Jewish organizations. It has reduced and degraded the U.S. military with programs to permit homosexuals to serve and women to be in combat units. An outbreak of sexual assaults—26,000 and most men-on-men—in the military has resulted.

In Berlin, the President said, “Our generation must move towards a global compact to confront a changing climate before it is too late, that is our job; that is our task.”

On June 25, he will announce new executive orders to implement “climate change” mandates in the face of congressional resistance. He says it will be “my vision for where I believe we need to go—a national plan to reduce carbon pollution, prepare our country for the impacts of climate change, and lead global efforts to fight it.”

Carbon dioxide is not “pollution”; it is, along with oxygen, the other gas most vital to all life on Earth.

Hugh Petersen, chiming in to the comment section of Caruba’s blog, had this to add:

Hey Barack, throughout the earth’s history coastlines have vanished, new coastlines appear, mountains are made and then destroyed, oceans have risen and fallen. Barack, plain and simple, you are an idiot and you just use this as an excuse to have more control over us. If you really believed what you say you would sail to Africa for your royal vacation and, once there, tour on horseback.

0
This entry was posted in ENERGY & CLIMATE. Bookmark the permalink.