Republican National Committee Affirms that Pro-life is a Winning Position

Republican National Committee affirms that pro-life is a winning position, counsels pro-life candidates not to stay silent when attacked with “war on women” rhetoric. 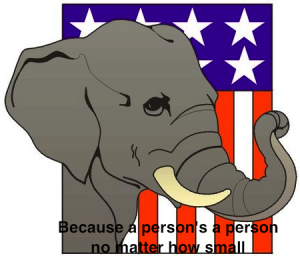 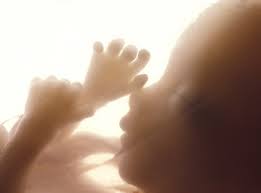 A report on the resolution is also available from Conservative News Service:                    Fight Back Against ‘War on Women’ Attacks, RNC Resolution Urges

Gathering in Washington, DC for the Republican National Committee’s winter meeting, the RNC overwhelmingly passed a resolution today that says the party “will support Republican pro-life candidates who fight back against Democratic deceptive ‘war on women’ rhetoric by pointing out the extreme positions on abortion held by Democratic opponents.” The resolution explicitly rejects those who would counsel pro-life GOP candidates and their campaigns to adopt “a strategy of silence on the abortion issue when candidates are attacked.”

The “Resolution on Republican Pro-Life Strategy” was drafted by Delaware National Committeewoman Ellen Barrosse and co-sponsored by 15 other RNC members. It passed the RNC’s Resolutions Committee unanimously on Wednesday and easily today.

“RNC leaders delayed the start of the meeting this week so that they could march alongside activists in the annual March for Life rally, signaling that the party is embracing and highlighting their stance on abortion, which has been taken up by state legislatures across the country,” according to Nia-Malika Henderson, writing on the Washington Post’s she-the-people blog.

House Majority Leader Eric Cantor joined other pro-life politicians at Wednesday’s March for Life rally, promising “that next week, the House will vote once and for all to end taxpayer funding for abortions. The No Taxpayer Funds for Abortion Act, written by our good friend and colleague Chris Smith, will respect the morals and consciences of millions of Americans – and ultimately will save lives.”

The Resolution on Republican Pro-Life Strategy condemns Democrats for “demonizing Republican pro-life candidates” and “manipulating American voters”; reaffirms that “The Republican Party is proud to stand up for the rights of the unborn and believe all Americans have an unalienable right to life as stated in The Declaration of Independence”; points out the cost when candidates stay silent when attacked; highlights that “According to the extensive polling conducted by Gallup since 1975, many Republican stances regarding abortion garner at least 60 % support from the public and across the political spectrum”: and resolves that “The Republican National Committee urges all Republican pro-life candidates, consultants, and other national Republican Political Action Committees to reject a strategy of silence on the abortion issue when candidates are attacked with ‘war on women’ rhetoric.”

National Right to Life has a prepared an excellent report of manageable length that is particularly useful for understanding pro-life legislative initiatives and as a resource for anyone interested in the politics of the abortion issue.  The polling section provides persuasive background information supporting the RNC  resolution reported on above. The report State of Abortion is available as a PDF file at the NRLC Web site.

0
This entry was posted in REPUBLICAN VS DEMOCRAT, UNCATEGORIZED. Bookmark the permalink.