A full text comparative of the 2010 and 2014 Scott County Platforms and other commentary is available here. 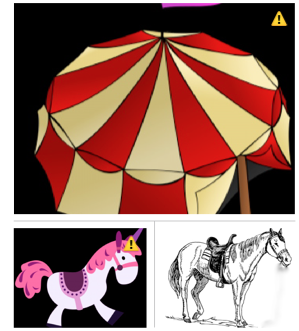 The 2014 Scott County  Platform Committee dishonored the grassroots nature of the precinct caucus system, dishonored representations and traditions that planks passed at the precinct level would be honestly considered, and dishonored the work of previous county conventions in order to gut the previous platform and turn it into a largely vague set of platitudes. We are told, and regardless it seems clear, it was done with the prompting and approval of Chair Judy Davidson.

There are a few specifications in the new platform, such as an injunction about “Davis-Bacon,” and a carryover endorsement of the “Packers and Stockyard Act of 1921.” They are rather curious exceptions. That is because of the large number of other planks removed which support or oppose legislation of some specificity.

Issue oriented conservatives are to accept that bromides and vague utterances cover all that was taken out. That won’t happen and it is a Pollyannaish stretch if not a misrepresentation to say otherwise (as the Platform Chairman maintained).  That a few specific references survived the cut may be the result of failure to research that one of the existing generalization would have sufficed.

Or was the Platform Committee looking to embellish with an example or two, or heaven forbid, add specificity, something to be disallowed to others, to show that they could be relevant.  Or maybe the very few specific references that made the cut were the result of an assurance or bargain with someone that those particulars are really really important to them but not those other things emanating from the unwashed and unlearned.

It apparently never dawned on the supporters of this ridiculous approach that some topical categories of the platform invite far more planks than others because so many of the problems and opportunities in our society relate to that general area of concern.  A meaningful platform reflects that specific matters, (which can be categorized), have risen to a level of importance that need attention. Broad generalizations are left to comprise the preamble or are left to the introductions of sections.  In the Scott County Platform, they are the “platform.”

Stating principles and platitudes is fine. But what do those principles mean in the real world about particularly pressing topics? Is that not a function of platforms, making matters reasonably clear for people to compare actual party agendas?

The leadership of Scott County apparently doesn’t want anyone to know specifically  . . . and believes rank and file Republicans at the precinct level should have nothing to say about individual topics or agendas. They apparently believe that the way to win is to “stand” for unspecific platitudes and “beliefs.”

But what they fail to realize, to the detriment of any real heart they have for issues, is that it sends a message that the Party is maybe not serious about actually doing something or opposing something of contemporary concern.  People will gravitate to the party that is clear about their concerns.  The honest goal should not be to be vague  in order to bamboozle gullible but sincere voters that the platform says more than it does or to others that it intends little.

What was taken out contained assertiveness, specificity, nuances, alternatives and steps toward general goals. Instead in Scott County what we now have for a platform is rounded edge milquetoast and no jam.  And we have local leadership that is generally dedicated to the work of gutting mention of specific intermediate goals of wide spread support and particular importance . . . revealing that the Republican Party has little to say, support or oppose, on matters of currency.

It is an approach counterproductive to actually electing Republicans. It reduces enthusiasm from key issue oriented voters toward voting straight ticket.  It suggests to them that split ticket voting is a tactical alternative because the Republican party has no specific stand, only blandishment at best, and that any presumed discipline that the platform provided by virtue of specifications important to them has been reduced.   More attentive third party coalitions become more attractive, and possibly voting Democrat in some cases.   Political action committee support and activity becomes the outlet for promoting their concerns rather than the Republican Party. The  Republican brand is viewed as undependable and support for its candidates becomes more helter skelter.        R Mall

0
This entry was posted in REPUBLICAN VS DEMOCRAT, SCOTT COUNTY REPUBLICAN MATTERS, UNCATEGORIZED. Bookmark the permalink.