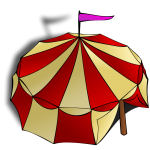 The following letter was sent to Delegates and Alternates to the 2014  Second Congressional District Republican Convention which takes place this Saturday in Ottumwa, Iowa.  Yours truly is Alternate Delegate # 101 out of 104 alternates.  Alternates are assigned their number and seated in the absence of Delegates sequentially.  We wonder what poor Alternates 102-104 did to offend Davidson.  We had the honor of being last, momentarily at least. All we know is that we want to party with 102, 103 & 104.

Nuances Do Not Turn Out The Base
Has David Axelrod been reading Veritas??

More Questions About the SCRCC Constitution . . .
Giving to Democrats Gore Any Oxen?

Platform Vandalized, Delegates Made Into Props

Links related to the 2012 Precinct Caucuses

Scott County Republican Matters
Scroll to March and April of 2012 for much more 2012 Caucus commentary. Peruse for many other articles about Scott County