Not having to face the electorate, Pope Francis has issued the first of what is likely to be a number of “Executive Actions” in the coming months. 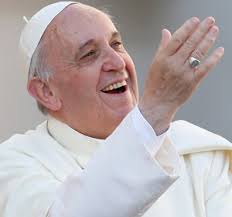 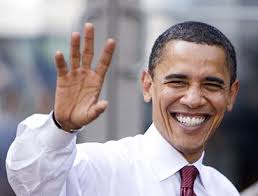 Likely in anticipation of his September visit to America and a chance to join with his new BFF, Barack Obama, Francis has declared that he will allow all priests to forgive abortion during the forthcoming “Holy Year”.  There are implications here that Catholic theologians need time to sort out and which we will be interested in reading.  Will remarriage after divorce and full reinstatement now be a matter of a visit to a confessional, no more tribunal?  The course seems a possibility.

Certainly not of the refined cloth of theologians, it is our fallible understanding that because Catholic doctrine has been that procured elective abortion incurs automatic excommunication (the act itself imposes it, not a formal resolution) confessing it in order to help relieve one’s grief and reenter the church fold was a matter not to be treated as your run of the mill offense. Not all that many sins incur automatic excommunication.  A more experienced confessor was thought necessary for validation of the contrition with the exception for the exigencies of missionary work. The sanctity of the confessional always maintained.

So given the essence of procured elective abortion, which at its core implicates a rejection of so much of what the Church teaches (or used to), the step of reaching out to a designated priest available in every diocese reflected the seriousness of the separation.  Not anymore. Does anyone think that this Pope’s bull, announced for the Holy Year of Mercy (other years are unholy and merciless?) will not be made permanent?

Of course how serious have most bishops taken the legality of the voluntary destruction of unborn members of the human family anyway?  To be sure they made their accommodations. How many notorious abortion-on-demand defending Catholic politicians have been denied communion?  Rather, the more prominent, the more likely they are handed awards by bishops for their public service, totally disregarding their denial of the rights of the unborn.  What does that say to women grieving from abortion about the authenticity of the Church? Some probably feel the Roman Catholic Church’s “stand” as reflected by the bishops, is too inauthentic to bother with. The Pope’s bull does not change that observation.  But back to the timing.

Widely hailed as a magnanimous gesture Francis’ action will surely make for a warm and pleasant occasion when he and President Obama meet to talk about all the issues they agree on. It certainly takes the heat off Mr. Obama regarding recent controversies involving abortion, Planned Parenthood, and religious freedom. No word yet on Pope Francis’ position on forgiveness of Planned Parenthood abortion providers.

While putting a stop to changes in climate is at the top of their “to-do” list,  the two are expected to eliminate worldwide poverty and sovereign borders, redistribute wealth, mainly from the US to the poor everywhere else, and put a stop to evil capitalism.

A full plate but if any two guys can do it, it’s these two, President Hope and Pope Change.

0
This entry was posted in RIGHT TO LIFE, UNCATEGORIZED. Bookmark the permalink.