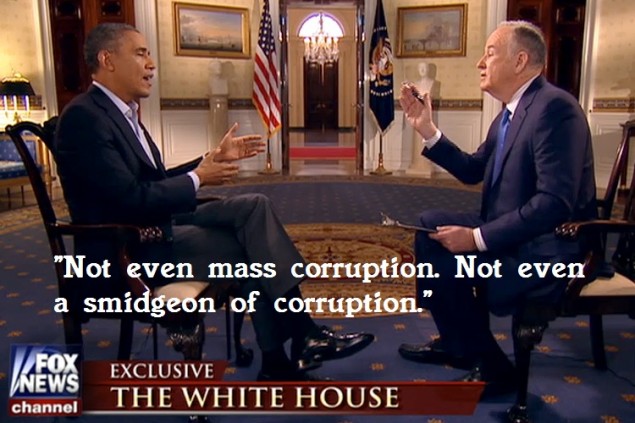 From Joe Otto writing at Daily Sanity, a publication of Conservative·Daily.com (excerpt, bold emphasis ours)

On Christmas Eve, of all days, the State Department released its latest batch of Hillary Clinton emails. In this batch were 16 pages of Benghazi emails and, yes, you guessed it, they were heavily redacted and marked Top Secret.

The Obama administration thinks this is a joke. One of the emails they released was completely redacted. Everything was blacked out. At the top of the email was the title “Top Secret.”

If the email is marked Top Secret and too classified for the public to read, then how on earth can they justify not pressing charges against Hillary Clinton? . . .

Here we have concrete evidence that Hillary Clinton broke the law and stored Classified and Top Secret material on a personal, unsecure device and yet the Obama administration does nothing!

Congress must appoint a Special Prosecutor immediately to go after Hillary for her crimes!

Note from Veritaspac: In encouraging citizens to pressure Congress, Conservative Daily provides a link to their “blast fax” service.  Readers can alternatively use those provided in our Legislative Links collection, accessed from the page bar above.

Another “heavily redacted” data dump. Such has been standard practice of the “transparent” Obama administration since Day One. Every legitimate request for information about administration actions , whether through the FOIA or court ordered subpoena is stonewalled or very, very slow walked, until eventually the administration hands hundreds or thousands of pages of official records so heavily redacted that little more than dates and punctuation are left.

All those “smidgeons” seem to be unsuitable for release to the American people. The Obama administration will go down as the “Most Redacted Presidency” in history. The most “scandal-free”? Not so much.