One can’t be sentient and John Kerry 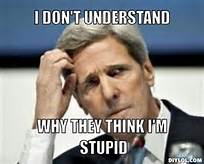 SOS John Kerry in a speech today, defended directing our ambassador to the UN to abstain on the UN security council vote condemning Israel over settlements in territory they control (American bases in Japan and Germany anyone?) .  His speech was supposedly to offer a “comprehensive vision” for how Middle East peace can be achieved.  Yet in the speech he actually made this incredibly insulting remark, a talking point no doubt approved by Obama:

“If the choice is one state, Israel can either be Jewish or Democratic. It cannot be both”

Yes he said that, to which “Twitter” lit up with some appropriate responses (via Twitchy) 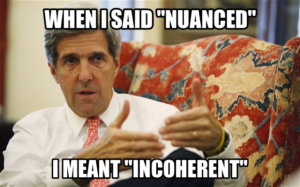 Dan McLaughlin ✔ @baseballcrank
Imagine an American Secretary of State declaring that a nation can be Islamic or democratic, but cannot be both.*

Debra Burlingame @DebraBurlingame
“Israel can either be Jewish or democratic – it cannot be both.” ~ John Kerry Stunning. And to think he came so close to the presidency.

Righteous⚡Crusader @Craftmastah
John Kerry: “Israel can be either Jewish or democratic, it can’t be both.” WTF?? Is this guy an idiot or just play one on TV?

*one might add, “Hindu” or “atheism” to the “or democratic but cannot be both” 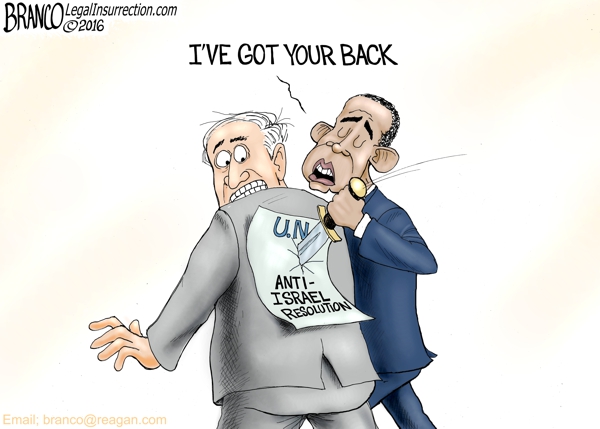 0
This entry was posted in DEFENSE AND FOREIGN POLICY, UNCATEGORIZED. Bookmark the permalink.