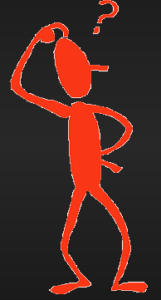 Via Town Hall:  Reince: Conservatives Were Seeking a ‘Perfect’ Bill

“We can’t be chasing the perfect all he time,” he said. “Sometimes you have to take the good and put it in your pocket and take the win.”

On “Fox News Sunday,” Priebus echoed that sentiment, accusing groups like the House Freedom Caucus of wanting an unrealistic, “perfect” solution to Obamacare.

Well Mr Priebus the usual process that makes that a valid statement is that you at least try to consider a “perfect” plan and that you made a sincere effort to fulfill promises made and seriously involve “stake holders.”  If that process is fulfilled then you can complain about chasing the perfect and consider compromise.  Either that or admit you were not sincere in your promises.

So what are your goals specifically, never mind the reconciliation excuse making, what do you want as the final product?  Why not put that out there, lead with it? Right now it looks like what was put out is perfect crud.

But the truth seems to be that you never sniffed at the perfect* (a thorough repeal and economically consistent “replace”. You presumed the validity of the arguments of the ones you were supposedly bargaining with. Compromise is fine, if the resultant agreement does not inculcate the bad and bastardize the whole situation, making  your healthcare plan just as untenable, but now with ownership foisted on Republicans to great political detriment.

Responses at Town Hall that we appreciated, commenting on the report about Priebus’s talk show interview included these:

Ummm no. We didn’t want a bill that left intact the worst aspects of Obamacare, cemented the individual mandate under a different form, created a bidding war on subsidies with the Democrats, created new entitlements, had very few victories (which would have been erased in the Senate), and meant that the GOP owned rising premiums for 2018. It would have meant a Democrat Congress for 2019, the free-market would have been blamed for the dysfunctions created by mandates and regulations, and the next Democrat to win the White House would have done so campaigning on single payer. This bill was a disaster, and the Freedom Caucus saved the party and the country. Thank God for them.

” Repeal it, get out, and let people make their own choices.” Simple enough. Perhaps add in the government/insurance pool for preexisting conditions. and let the market compete. Gee, we can’t even get rid of a seven year old law, how will we ever reform medicare, social security, EITC, etc?

Sam we can’t even get rid of NPR.

A ‘perfect’ bill? No, I don’t think anyone expects perfection. But I think they expected something a whole lot better than the klustercoitus that was being presented!

There isn’t any reason why conservatives should have faith in a ‘phase two and phase three’ approach. The establishment has proven they cannot be trusted.

I agree. I work in software and red flags go up for me when I hear some dimwitted manager or developer use that saying–[please add whining, patronizing voice in your head] “You’re letting the perfect be the enemy of the good.” What they really mean is:
“Stop telling me what I am trying to deliver sucks. I will be long gone by the time the stakeholders discover how ‘good’ it is.”

Maybe it failed because AHCA did nothing to solve the problems of Obamacare. The AHCA would have done nothing to decrease the costs of healthcare.

Conservatives should be the most happy with AHCA not passing. If the AHCA passed and premiums still continue to skyrocket, the blame would go to the “free market” and “limited government”. With Obamacare still in place, the Democrats will continue to own the rising costs.

Regarding the Democrats are our friends strategy:

And regrettably, after we had moved to forgive mode after a corrective tweet from Trump  placing blame on Democrats, it turns out that was so yesterday in Trump’s mind.  Now the strategy may be dance with Democrats and back to bashing his most loyal overall Republicans. Trump does tweets and then he does twits.  This was a twit.

Democrats are smiling in D.C. that the Freedom Caucus, with the help of Club For Growth and Heritage, have saved Planned Parenthood & Ocare!

Having identified the true enemy, we guess Democrats are not a faction to be concerned about. Note, we still hope this is all just noise.  Bold our emphasis.

WASHINGTON—The White House sent a warning shot to congressional Republicans that it may increase its outreach to Democrats if it can’t get the support of hard-line conservatives, a potential shift in legislative strategy that could affect drug prices, the future of a tax overhaul and budgetary priorities.

Days after the House GOP health bill collapsed due to a lack of support from Republicans, White House Chief of Staff Reince Priebus brought up the idea of working with Democrats multiple times, leaving little doubt that the White House intended to send a message to the hard-line Republican flank.

“This president is not going to be a partisan president,” Mr. Priebus said on “Fox News Sunday.” He said that while “I think it’s time for our folks to come together, I also think it’s time to potentially get a few moderate Democrats on board as well.”

So Democrats who want to keep Obamacare are innocent. Regarding partisanship, so Trump never said he was a conservative.  Must have been my lying ears.

How does a bastardized plan really end big government takeover of health care?  Who are these moderate Democrat gems? The ones who voted for Obamacare and gave no quarter to Republicans, who allowed no input or amendments from Republicans?  Empower Chucky Schumer, that’s your strategy?

And how do you get these moderate Democrats, rely on their good will . . . or . . . promise them none, weak, our underfunded opposition in their reelection efforts?  Remember they are moderate because they are in at least purplish districts instead of solid blue, and therefor vulnerable.  So why does Priebus want to aid the enemy so much?

Oh, they are not the enemy, conservative Republicans are who will be primaried, as suggested by Trump operatives.

*The use of the term in this whole process we recognize is ridiculous, no one is pretending their plan is perfect.