If you ask me 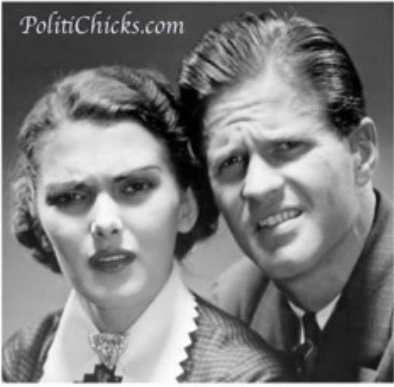 So George Bush was shocked and appalled by Donald Trump’s inaugural speech.

My, My, why am I not surprised?

This is our 43rd president, who never seemed to have an unkind thought or word about his immediate predecessor (Clinton) or his successor (Obama) after their detestable comments about  him and his policies and supporters but is unafraid to speak out bluntly about the incoming, elected president from his own party.

But then, maybe that’s just a characteristic of George W and the whole Bush family.

After all, this is the guy who pushed hard for amnesty for all illegal aliens until the American people shut him down.

This is the guy who walked around the White House for 8 years with a “kick me” sign taped to his ass and uttered not a word in his own defense for actions which contributed to the security of the nation and to the preservation of America’s leadership in the world (if that seems contradictory with the previous statement, it is a recognition that GW did do some things which reflected our nation’s values).

This the family whose paternal icon, George H W , happily “adopted’ the guy (Bill Clinton) who defeated him in his reelection bid and THEN went on to do some of the most “weird shit” while in the Oval Office (THINK “MONICA”). GHWB even allowed his name to be joined with any “charitable” scheme (or is it, “scam”? Think “HAITI”) perpetrated by the 42nd president.

“Bush 41” also announced during the election campaign that he would not vote for the GOP nominee (Trump).

This is the family who smugly assumed the nation would happily send another Bush (JEB) to the White House…he’s the guy who, in presenting the “Liberty Medal” for wonderful public service, praised the person (Hillary) he knew he would face in the next presidential election.

JEB is also the candidate whose quote “forever endeared” him to the electorate proclaiming the flood of illegal immigrants was performing great acts of “love”!

This is also the family of G W offspring, Barbara Piece Bush, who joyfully delivered the keynote address at a Planned Parenthood fundraiser this past February.

(“George W. Bush‘s daughter Barbara Pierce Bush effusively praised Planned Parenthood as she headlined a fundraiser for the women’s health nonprofit on Wednesday — and noted its particular importance in the age of President Donald Trump.

“In October when I was asked to speak, I said yes and I was thrilled, but I was under the assumption that history was going to go differently,” said Bush, 35, during her keynote address at Planned Parenthood of Greater Texas’ annual Fort Worth luncheon, according to The Texas Tribune.  “That was not meant to be a political statement; I just thought the cards were going to fall in a different way. I’m so happy I said yes because this work could not matter more.”)