RPI – Completing the minimization of delegates to seat-warmers? 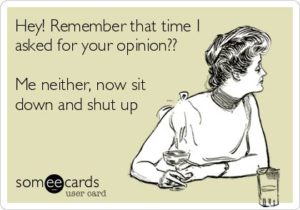 Ruling class at the RPI, either that or just plain power peddlers

Talk about a grassroots destroyer, further deflating the efficacy of any formal party participation. We have all-comer caucus participation, just sign the slip about being a Republican for the day, listen to a few one-minute speeches, vote in the preference poll and go home. The goal seems to be to reduce the caucuses to little more than a voting booth primary.  Platform participation has been effectively reduced to rubber-stamping of some platitudes.  Attempts to add mere specifications in furtherance  of those platitudes are quashed as somehow writing legislation. Any excuse is offered to reduce conventions to sit-down-shut-up and pick your nose to the speeches events. You may applaud.  Even the platitudes have been reduced to meaninglessness as planks requiring elected Republicans to honor them with votes for continued party support have been eliminated.

To be sure much of this diminution has been self-induced by impatient if not lazy participants who think they have things in hand but are delegitimatizing any claim to the Party being of the grassroots. But this latest proposal is pure bureaucratic mindset in action, the anointed will decide.   It could turn into the RPI version of the Democrat party’s Super-Delegates, the scandal of that party, evidencing the lie that it is seriously grassroots in nature.

We can see the SCC in the effort to choose “dependable” people rewarding donors or the existing political class to “represent” this or that candidate (assuming the caucus results are split and representation even enters into the equation). Even candidate organizational recommendations can be easily reduced / controlled in such as system as “those are the rules.”  The effort would be a pure bureaucratic power play by those who do not care about  the grassroots, the factor that legitimizes the caucuses and the Party.  It would be an effort by those who either find the rough and tumble of grassroots decision-making anathema, or having “arrived” grown tired of it and want to limit the efforts of challengers to their perks and influence.

It is also an effort to limit transparency and accountability, qualities which can only come from the vibrancy of enhanced grassroots participation, not limitations on it.  It seems no surprise that this effort emanates from the “organizational committee” headed by Scott County’s own Judy Davidson who, when Chair of Scott County, did her best to limit grassroots involvement, gutting the platform and dishonoring the integrity of the caucus system, in our humble opinion of course.  To review that history toggle in our Category section at right “Scott County Republican Matters.”  We fully expect, well hope, if such a proposal rears its head, that support or opposition to this will heavily impact the selection of future RPI SCC members.

1 Response to RPI – Completing the minimization of delegates to seat-warmers?