No more corn crops for burning

The following article* gives insight into the controversy we have commented on previously as regards Senator Ted Cruz’s hold (now released) on the appointment of former Iowa Ag Secretary Bill Northey to the federal Department of Agriculture bureaucracy.  As outlined here the RFS adversely impacts refiners and the cost of gasoline.  Northey is a big-time champion of RFS and all Cruz stipulated during his hold was that a meeting be scheduled where compromise as the RFS affects refiners might be worked out. That was way to risky for RFS addicts so they delayed Northey’s appointment. As we advocated, Cruz was justified and Grassley’s umbrage toward Cruz was unbecoming.  The Northey delay was on the RFS addicts.

The Renewable Fuel Standard is beyond repair; it is time to repeal it 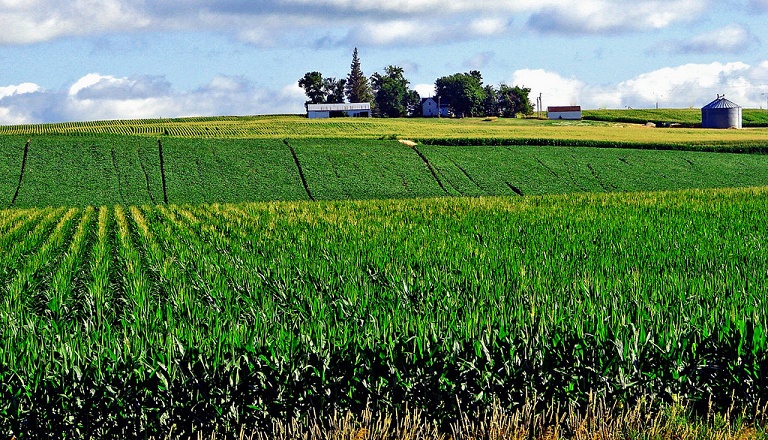 Grade A cropland used for the “unethical treatment of corn”**

For several years the Renewable Fuel Standard (RFS) has placed an undue burden on the consumers and producers of transportation fuel. It became clear early in the implementation of the RFS it had significant flaws, but special interests have fought reform for fear of losing their gravy train. The RFS has turned nothing more than a government subsidy for the farmers. It is time to return competition to the transportation fuel market and repeal the RFS.

In 2005, Congress passed, and President Bush signed the Energy Policy Act of 2005. Among the many new regulations created in the legislation, the RFS was birthed. The RFS mandated a certain amount of renewable fuels, mostly corn ethanol, be blended with gasoline. The amount was 4 billion gallons in 2006 with a rise to 7.5 billion in 2012.

In 2007, the Energy Independence and Security Act of 2007 was passed. The bill increased the amount of renewable fuel to be blended. It required 9 billion gallons be blended in 2008 with an increase to 36 billion gallons in 2022. The increase amounted to a massive government ordered subsidy to be paid to biofuel producers.

Each refiner has a Renewable Volume Obligation (RVO) that is given to them by the EPA. A Renewable Identification Numbers (RIN) is a tracking number used for biofuels. To ensure every refiner is following the laws outlined in the 2005 and 2007 acts the EPA devised a way to track each batch of biofuel. Refiners must have a certain amount of RINs to meet its RVO. If a refiner does not have the capability to blend biofuel, it must purchase a RIN from another refiner that can produce RINs. A government mandate forcing a private company to buy a product it doesn’t need or want, where have we heard this before?

The largest refinery on the East Coast was just bankrupted by the RFS. The refinery belonging to Philadelphia Energy Solutions (PES) was forced to declare bankruptcy in January. The 335,000 barrel per day refinery was over $600 million in debt, much of that due to the RFS. PES stated it spent $218 million in 2017 for RINs, more than it spent on personnel.

This begs the question, why is the U.S. government mandating consumers purchase a less efficient fuel?

Not only is ethanol less fuel efficient, but it also acts as yet another tax on the consumer. A 2014 study by the Congressional Budget Office found the RFS adds between $0.13 and $0.26 per gallon of regular gasoline and $0.30 to $0.51 for diesel.

Now the environmental lobby is turning against the RFS. Writing for The Hill, David DeGennaro of the National Wildlife Federation, noted the carbon pollution released by farmers plowing more than 7 million acres between 2008 and 2012 released emissions equal to 20 million cars.

The renewable fuel standard is a complete failure. It did not reduce dependence on foreign oil, fracking did. So are electric cars that don’t use fuel. The RFS did not help the environment; it made it worse. If it did nothing that it was supposed to do, then why is the Obamacare mandate of energy still around? If the special interests are unwilling to reform it, the RFS must be repealed. At this point, it is nothing more than a tax on the consumer and a subsidy for big business.

*caption to photograph not in original

1 Response to No more corn crops for burning