As far as the left is concerned, it’s all about abortion 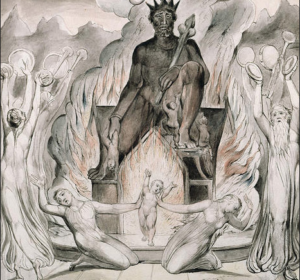 Other commentators, some very well known including Rush Limbaugh, have observed that the intense hyperventilating even demonic response of Democrats to Trump’s Supreme Court nominations is all about abortion on demand, the whole basis of which is that individual biological human life has only those rights others choose to give, in other words no inherent rights. We are not children of God with parents as stewards, a core holding of our Judeo-Christian heritage. That core holding must be destroyed. Any vestige of resistance must be marginalized and then obliterated. Accepting abortion and involving people in its protection and promulgation, claiming it as an individual choice removes God from the equation of life as a gift and salvation as something available to all.

The evidence in clear, look what they focus on in the fight to deny Trump’s appointments to the judiciary. It’s all about abortion. For Democrat leadership, abortion is the first second and third rails of their politics. Many do not know that Christine Blasey Ford, and the left’s hale satin pass of promoting her accusations, has an abortion connection. Read about it here. We even invite you to read the George Soros funded Media Matters attempt to discredit the story, oops,  which in essence confirms it.

Blaze Ford does work for a company that produces a drug prescribed off label to induce abortion. The company essentially advertises the off-label use by its “warning”. Off label uses are legal for a physician to engage in and the abortion use is widely known and undeniable.  So perhaps follow that money trail if you are wondering who are the money interests in Blasey Fords legal representation.

The following is an excerpt from a forward by RD. Religious yes, but RD is a prolific promoter of conservatism who is not focused on religion.  This struck him and us. It is by  Hal E. Mitchell of Ready Writer Ministries

To understand my message today you should read Numbers 1 through 49. It tells of the rebellion against the authority of Moses and Aaron. It would also be helpful to read Numbers 26 verses 1 through 11. You may be wondering why I am writing about the sons of Korah in the first place. Well, it is because there are so many parallels with them and today. The unsaved in America today are in an unparalleled rebellion against God and against those whom God has appointed to lead this country. Let explain:

The Democrats and the extreme left, (Who are mostly the unsaved) have such a fixation on the fear that their Idol, Abortion will once again be made illegal that they would rather burn the country down than to let the people have their way. As I have said before in no uncertain terms God says abortion is murder and it is the same as Baal worship where in the Old Testament worshippers would place their children in the arms of a statue to Baal and burn them alive in the hope that it would bring them prosperity.

In God’s eyes the false accusation against Judge Kavanaugh is about the “right” to murder a baby. The most protected place for a baby should be in its mother’s womb. Yet proponents of abortion (Baal Worship) want to keep an ungodly law in effect that hinders God’s process of delivering a living soul alive into the world. In Genesis 2:7 – And the LORD God formed man of the dust of the ground, and breathed into his nostrils the breath of life; and man became a living soul. The original Hebrew here says “man became a speaking spirit”.

Now all the whining news media people who love to talk about their rights to free speech want to deny the same free speech rights to God’s precious unborn “Speaking Spirits” not to mention the “right to life, liberty and the pursuit of happiness” as guaranteed in our Declaration of Independence.

The Socialist Left is so adamant about their “fixation” that they say they will try to impeach Judge Kavanaugh even after he is confirmed to the SCOTUS. They also say they will not obey laws that come out of decisions in which he is involved. This is extreme anarchy in the same order in which Korah and his followers participated in Moses’ day.

In the first set of scriptures above; Numbers 16:1-2 it says “prominent members of the assembly rebelled against Moses and Aaron”. The “Assembly” sounds like the assembly of anti Trump Democrats today who rebel against Trump and Pence or “Moses and Aaron” the number one and number two leaders in America. Moses was the “law giver” and Trump is the law enforcer. Mike Pence is more like Aaron the High Priest who knows the Bible better. Sound crazy to you? Don’t be surprised if the ground opens up and swallows somebody. Huaa!