Go and Zinn no more…

So you think students are being taught to celebrate America’s exceptionalism today? 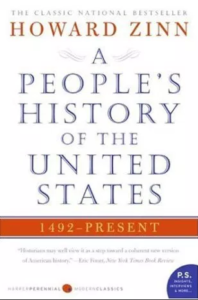 Many people have heard of Howard Zinn and his out-sized influence on modern education in America. But many have not! In fact, most Americans do not know what kind of influence Mr. Zinn has had on their grandchildren and, still in this day, their children.

Zinn, a left-wing author, activist, and professor (at Boston University; You know, where Alexandria Ocasio-Cortez graduated from) died in 2010 at age 87. He left a legacy that will damage America for decades to come.*

Howard Zinn, we believe, can be, to a great extent, credited (or blamed) for today’s seemingly irreparable and irreversible cultural, racial, ideological, and generational division in today’s USA.

There is some dispute over how pervasive the Zinn view of American history is in our public schools. Rick Santorum, a few years ago claimed that Zinn’s “Peoples History” is the ‘most widely used text’ in schools nationwide. Apparently there has been no success in finding proof for this assertion. However, it does seem there’s general agreement that Zinn’s version of US history is very popular among high school and college students.

Our own belief is that, whether or not the Howard Zinn textbooks are widely used as official history texts in schools, a reading of his books contains so many ideas paralleling the loudly expressed views and themes of the radical left, word for word in many cases. There can be no question that Zinn’s are exemplary and have had a profound effect on our education system.

It is thus, very worthwhile to get a first hand look at exactly what product Mr. Zinn had been selling. Hopefully it will also stimulate parents of children now attending public schools to find out what, if any, influence this Marxist, anti-American historian is having on their kids, either through official sanction of schools and educators, or through other less ‘official’ channels. 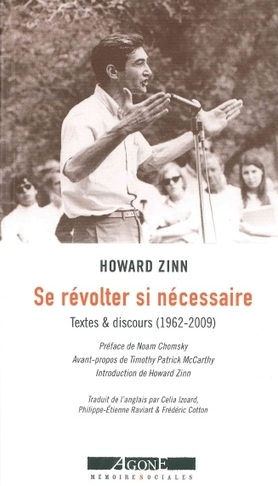 Below is a collection of excerpts taken from Zinn’s “A Peoples’ History of America”, ‘teaching edition’ These excerpts are only taken from the first chapter of the book, dealing with the earliest Europeans to come to the “New World”. In future posts on Veritaspac, we will offer excerpts from succeeding chapters as they address various other aspects of our nation’s history. While this report includes comments reflecting our views at Veritaspac, we strongly urge readers to give us your thoughts and comments.

The excerpts we present will not, however, be much of a positive or uplifting perspective on America and its evolution to today. One would have to look someplace other than a Howard Zinn presentation for that. What they do reflect, though, is Zinn’s effort to steer opinion of those he reaches with his book in a negative direction with respect to modern day America. He especially, it seems to us, aims directly at America’s youth (and of course teaching colleges and the educators they produce)

“Thus power was shared between the sexes and the European idea of male dominancy and female subordination in all things was conspicuously absent in Iroquois society.” (bold face ours)

“Not only the Iroquois but other Indian tribes behaved the same way.” 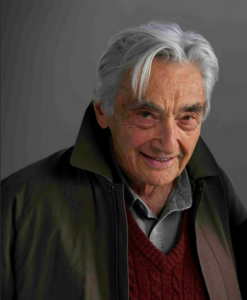 —–
The following are excerpts exclusively regarding Columbus’ arrival in the New World, his behaviors, motivations, and inspirations.The entire section involving Columbus is “unflattering”, to say the least. The “Indians” he encountered, whom he brutally murdered, and enslaved are invariably depicted as intelligent, resourceful, warm, loving, generous, helpful folk.

Easy to see why young people, influenced by this account of “history”, encouraged and guided and schooled by true Zinn believers would demand that, in this modern era, any monument or tribute to such a ‘despicable’ person as Christopher Columbus must be removed from public display, if not destroyed:

– “Behind the English invasion of North America, behind their massacre of Indians, their deception, their brutality, was that special drive born in civilizations based on private property. It was a morally ambiguous drive; the need for space, for land, was a real human need. But in conditions of scarcity, in a barbarous epoch of history ruled by competition, this human need was transformed into the murder of whole peoples.”

– (Zinn asks:) “Was all this bloodshed and deceit–from Columbus to Cortez, Pizarro, the Puritans– a necessity for the human race to progress from savagery to civilization?”

– “Beyond all that, how certain are we that what was destroyed was inferior?”

– “Responding to the different environments of soil and climate, they (the some 25 million Indians scattered over North America) developed hundreds of different tribal cultures, perhaps 2000 different languages. They perfected the art of agriculture and figured out how to grow maize…which cannot be grown by itself and must be planted, cultivated,… They ingeniously developed a variety of other vegetables…”

– “While many of the tribes remained nomadic hunters and food gatherers in wandering, egalitarian communes, others began to live in more settled communities where there was more food, larger populations, more divisions of labor among men and women, more surplus to feed chiefs and priests, more time for artistic and social work, for building houses.”

I think one can conclude from such samples of Zinn’s historical analysis that, had Columbus and all those other ‘murderous’, ‘greedy’ European explorers not come to the “New World”, the “ingenious, resourceful, ‘social justice-sensitive’ indigenous peoples (the ‘native Americans’) would have built a much more compassionate, brilliantly industrious, creatively superior society by this time than all those white descendants from the ‘exploiters’ have.

As Zinn asks: “Was all this bloodshed and deceit–a necessity for the human race to progress from savagery to civilization?”

He answers his own question for the enlightenment of all those young, budding ‘Alexandria Ocasio-Cortezes’ he hoped to reach: Of course not! … the USA today would be a land far more ‘civilized’ in its approach to ‘social justice, gender equality, compassionate distribution of wealth’ and would have far more ‘ingenious, intelligent, and creative infrastructure than present day which only serves the ‘rich’.

Below is another collection of excerpts from Chapter 1 of “A Peoples History of America”. Beneath them, and specific to, is part of an introduction to “A Peoples History..” by another leftwing author, educator, who also offers some “teaching suggestions” as part of this edition of Zinn’s book. We think you’ll find that section interesting.

– “These Arawaks of the Bahama Islands were much like Indians on the mainland, who were remarkable for their hospitality, their belief in sharing.

– “These traits did not stand out in Rennaisance Europe, dominated as it was by the religion of popes, the government of kings, the frenzy for money that marked Western civilization and its first messenger the Americas, Christopher Columbus.

– “Columbus wrote:’As soon as I arrived in the Indies…I took some of the natives by force in order that they might learned might’ve me information whatever there is in these parts.’

– “The information that Columbus wanted most was: Where is the gold? He had persuaded the king and queen of Spain to finance an expedition to the lands, the wealth, he expected would be on the other side of the Atlantic– the Indies, and Asia, gold and spices.”

– Zinn goes on to explain: Spain’s population was mostly poor peasants, worked for the nobility (2% of the population which owned 95% of the land). Spain “had tied itself to the Catholic Church, expelled all the Jews, driven out the Moors. Spain sought gold”.

– According to Zinn, Columbus had been promised 10% of the profits for bringing back gold and spices. He would be made governor of the new lands, and fame and a new title would be his.

– In Oct. 1492, land was sighted. A sailor called Rodrigo saw the “moon shining on white sands” of a Bahamas island. “The first man to sight land was to get a yearly pension of 10,000 maravedis for life, but Rodrigo never got it. Columbus claimed he had seen a light the evening before. He got the reward.”

– Approaching land, the Columbus party was met by the Arawak Indians, “who swam out to meet them.

– “The Arawaks lived in village communes, had developed agiculture of corn, yams, cassava.They had no horses or work animals.They had no iron, BUT THEY WORE TINY GOLD ORNAMENTS IN THEIR EARS”. (caps ours)

– Seeing their gold ornaments, “led Columbus to take some of them aboard ship as prisoners because he insisted that they guide him to the source of the gold.”

– Later, according to Zinn, Columbus reported that the Indians are so naive and so free with their possessions that no one who has witnessed…would believe it…they offer to share with anyone…”.

– Columbus concluded his report by asking the royals for help with his next voyage. In return would bring them “as much gold as they need…and as many slaves as they ask”.
———-

The above is only a collection of excerpts from the first chapter of “A Peoples History of America”,  and were chosen to respond to the “assignments” suggested for teachers to use.

Dr. Kathy Emery is a leftwing activist, author, and educator. In this book, Dr. Emery introduced Howard Zinn’s “A Peoples History of America”. In addition, Emery provides her suggestions and guidance for teachers who choose to use the Zinn story as the text in their US History classes.

Dr. Emery offers some “methodological suggestions” for teachers to consider in putting together their ‘method’ by which to use Howard Zinn’s “History”. These are “study guide”questions.

Below is an example of Dr. Emery’s “methodological suggestions” for teachers using the Zinn “History” as a class text:

For each of the adjectives you choose:

a. Write down the definition that best describes the applicable group

b. Write 10 short sentences using the selected adjectives–one adjective for each sentence. For example:

– The Spanish were generous.

– The Arawaks were generous.

c. Then look for details/facts in the text that you think illustrate the definitions of the selected adjectives.
—————-

Here’s a challenge for our readers. Given the excerpts from Chapter 1, can you complete the teacher’s assignment, and can you then agree with your own conclusions given what information is provided you by Mr. Zinn? (As an example, as a young high school or college student, armed with information accurately reflected in the excerpts, write, “Columbus was brave”?, or, “The Spanish were generous”?)

A hint on Zinn’s direction in the next chapter:

“African slavery lacked two elements that made American slavery the most cruel form of slavery in history: the frenzy for limitless profit that comes from capitalistic agriculture; the reduction of the slave to less than human stature by the use of racial hatred, with that relentless clarity based on color, where white was master, black was slave.”

DLH  (to be continued)