Have the Dem candidates jumped the shark en masse? 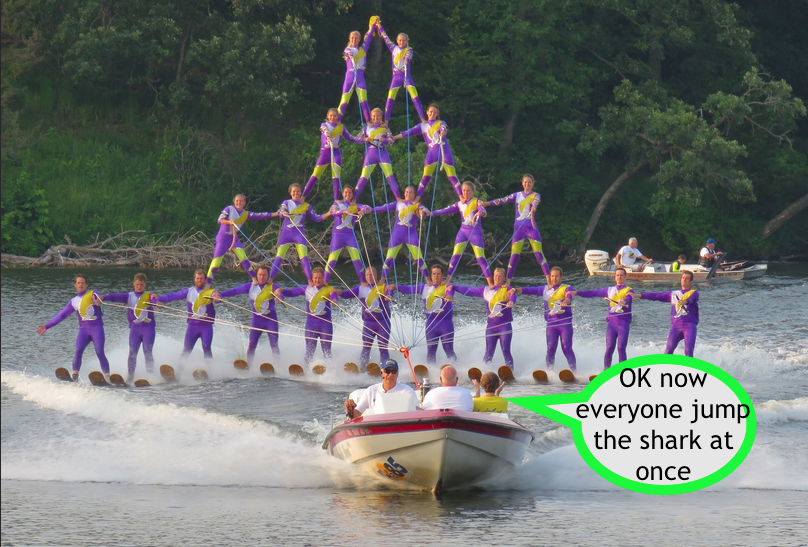 We know that whoever their candidate is will get 45% just for being on the ballot, but the last two nights’ Democrat “debates” have been so plainly revealing that any sentient person in the mushy middle has to have seen them as having  “jumped the shark” .  So we hope.

Under the policies outlined by Harris and others on the debate stage Thursday night, immigrants could cross the border without fear of major legal repercussions, live and work in American cities without fear of deportation, and receive free health care coverage. Those who are already in the country illegally would be allowed to become citizens. The southern border would cease to exist as a meaningful divide.