Stop kidding ourselves about SCOTUS

It may well be that there is a shifting, but permanent 6-3 Liberal Majority! 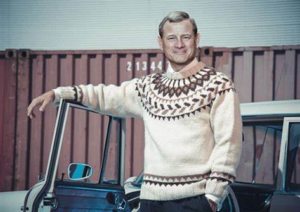 At the NYT/WaPo conclave: Good ol’ Biff Roberts, he’s all right, we are glad he has been working on Beer Bong, poor guy, who we have had some concerns about, of course more so as a vehicle for opposing Trump on anything and everything. And you know maybe if we wave some Met Opera tickets in front of Gorsuch . . .

Certainly Chief Justice John Roberts  has long since sold his reputation and once-held beliefs to the liberal establishment in return for some laudatory pieces in the NY Times or assured invitations to all the cocktail parties for the smart set in New York and Washington.

Roberts is just one more, and perhaps not the latest, to repudiate his judicial beliefs and guideposts on which he was nominated to the Court; he has become the left’s sure-fire guy when they really need a vote to break a 4-4 deadlock among the other Justices on a clear left-right decision.
But, as noted, while he is not the first to become something he seemed not to be when he was chosen for the Court, he may not be the latest to do so.
No one can suggest that Kagan, Sotomayor, Ginsburg, and Breyer are not unswerving, always dependable liberals; these four will always vote left. When an issue clearly calls for a decision between the liberal view or the ‘originalist’, or “Constitutionalist” perspective, the question of most Court observers is not which way the Court will rule, but which ‘quasi’-conservative will accede to the left.
More than not in recent SCOTUS terms, it has been the Chief Justice. But there are strong indications…early but striking…that the two newest justices, named by President Trump for their “legendary” conservative judicial records, Gorsuch and Kavanaugh, stand ready to vote the liberal view if Chief Roberts is, for whatever reason, ‘unable’ to do so.
( J. Christian Adams offers his take on the latest decisions by the Court. Score these two decisions, both extremely important! one “good” one “bad”! The three noted above, opted to “split the baby” in these decisions. Since when is the importance of a decision secondary to a “balance” between  liberal and conservative “wins”?
https://www.thegatewaypundit.com/2019/06/breaking-president-trump-slams-scotus-decision-to-block-citizenship-question-on-census-seeks-to-delay-2020-census.
So, watch out conservatives…something is coming of highest importance to the liberals. Roberts Gorsuch, and Kavanaugh may already be working out which will fall on the grenade.
https://pjmedia.com/jchristianadams/supreme-court-bad-day-for-everyone-especially-roberts/)
DLH