Should the Senate play Pelosi’s game or acknowledge House action and proceed? 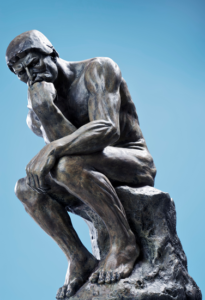 Can and should the Senate proceed in response to the House vote to impeach President Trump at this point sans anything else from the House?  What are the logical, legal, political implications of a Senate impeachment trial proceeding  promptly regardless of further communication from Nancy Pelosi’s House?

We will hold forth with our opinion (or split opinion ) about it later but we would like to know your opinion as to what properly can and or should occur now that the House took a vote to impeachment President Trump on two specific counts of impeachment.

The event is rare enough and the law arguably vague enough along with the implications that there might be no expert conclusion on the legal or political propriety of proceeding on the matter without further delay .  Anyway, not hearing any conclusive legal argument about the Senate’s obligations today, pretend there isn’t and answer:

Should the Senate proceed to consider the articles of impeachment against Trump passed by the Democrats based on the conclusion of the House vote?

Should the Senate wait for Speaker Pelosi to “send” some sort of official notice to the Senate presumably after she is satisfied with the proceedings in the Senate (for whatever legal or political reasons you might hold to)?

There are various conclusions and implications to be drawn from the fact of the impeachment vote in the House and whether or not the action is conveyed automatically or a separate action is required without which there is nothing for the Senate to act on, including whether or not President Trump has actually been impeached short of the formal transmission of the House action. The political implications of holding a trial as regards the impeachment vote, or not, or submitting to delay maneuvered by Pelosi, or not, might be reflected upon. There are a number of permutations.

Issues or formulations of the issues that may fit into your thought process may include:  Should Majority Leader McConnell wait until hell freezes over before trying the impeachment articles as passed rather than play Pelosi’s game?  Should the McConnell Senate proceed promptly with a responsive communication justifying proceedings decided upon with or without Democrat concurrence?  What is your opinion as to whether “impeachment” has occurred if a memo or whatever formalization Pelosi believes is necessary to be sent to the Senate has not or does not occur?

Is Pelosi delaying any further proceeding (assuming she has anything practical to delay) because she believes she can  “leverage” the Senate to provide Democrat advantages she refused Republicans . . . or perhaps even to avoid the adverse political implications of a trial as regards Democrat fortunes by sitting on it (AKA the Lawrence Tribe gambit)?  Is this about her being able to claim victory over a pound of flesh thrown to her rabid base while trying to not let Republicans have any opportunity to bite back, or limit the bite, on the presumption she will find any proceeding in the Senate unfair in an effort to discredit it if not prevent it?

Of course such a gambit would invite payback anytime the House is controlled by Republicans as regards any Democrat in office —  making impeachment a political football of the House majority.  In times of protected (politically assured) districts that might be something they have decided to live with, while getting the first blood and relying on RINOs to save them from retribution.  Or maybe they think this can be a one-time tool  period, and they will get to be the one’s to use it?  These are very cynical animals or ones with such hubris that they believe they can control the narrative.  What say you?