Joy Reid is a nasty, ignorant racist, willful and irresponsible 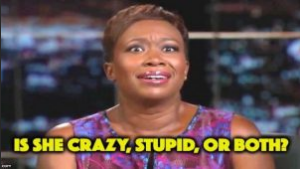 Joy Reid Says BLM Protesters Would Be ‘Shackled, Arrested or Dead’ in Viral Speech on Race

Joy Reid speech has gone viral after the MSNBC anchor eviscerated law enforcement’s double standards in policing rioters at the Capitol yesterday versus the Black Lives Matter protests of 2020.

The political commentator was speaking on Wednesday’s installment of The Reid Out where she made the point that “white Americans aren’t afraid of the cops.”
—————————————————————–

Don’t watch Joy Reid but this story seems typical of anything I’ve ever read or heard about her. 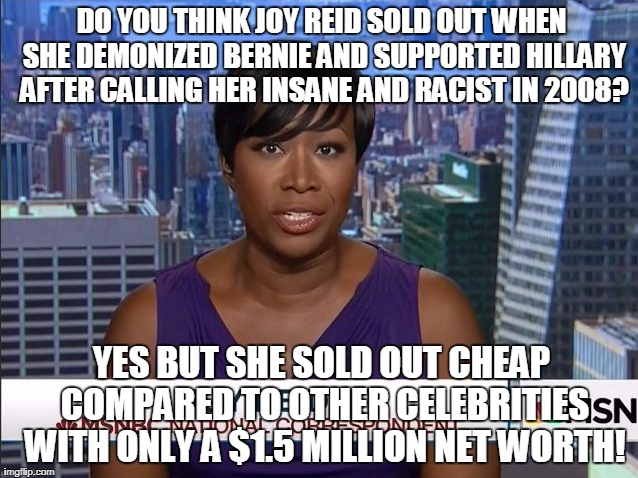 Based on what I have read and heard, however, one can only conclude that Joy Reid is a nasty racist, certainly not very bright or even informed. She is both adept and very willing to incite violence by other people as long as she is unharmed by it.

According to this report, Ms. Reid exhibits all of those traits and inclinations. She clearly intends to incite racial violence. From her quoted comments, she is of obviously sub-par intelligence, and she makes it clear that she is either abjectly uninformed or wildly mis-informed.

She could be reminded that with the Black Lives Matter rioting no participants were fatally injured by law enforcement and were never confronted with lethal force.

At the nation’s Capitol Wednesday, Capitol police and Secret Service personnel threatened protestors with guns and one female protestor was fatally shot.

Had that happened to a BLM rioter, Joy Reid would have gone nuts (or maybe nut-tier) and media and race baiters would have labeled it the worst atrocity since Kent State.

No one, as far as we know, has uttered a word or expressed a question about this tragic incident.    Other delightful memes referencing Ms Reid below  dlh 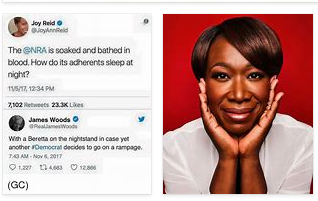 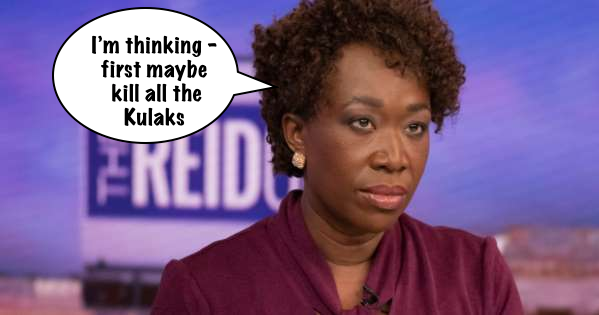 13 Responses to Joy Reid is a nasty, ignorant racist, willful and irresponsible