In Re Hillary, SCOTUS invokes a doctrine of “regium tueri invicem” 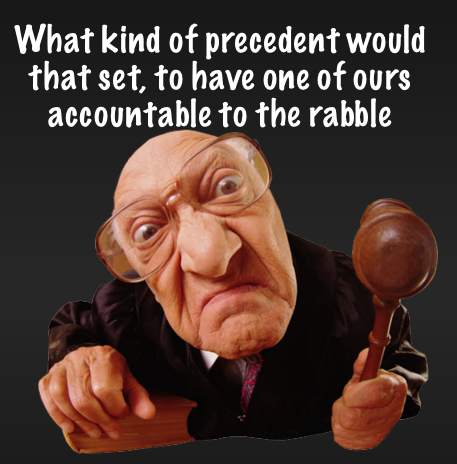 By now, any conservative who thinks the Supreme Court is Anything More Than Another “Leftist-Liberal Washington Swamp Creature”, with a 6-3 liberal bias, is an unrealistic optimistic fool.

The reasons why this is such travesty of justice are too numerous to note here, but it should not be necessary for any reasonably intelligent American who has paid any attention at all.

The Supreme Court on Monday denied a bid by conservative watchdog group Judicial Watch to uphold a court ruling requiring Hillary Clinton to testify under oath about her private email system.

The Supreme Court’s denial was unsigned and issued without comment.
In January Judicial Watch filed a petition for writ of certiorari (“cert petition”) with the U.S. Supreme Court asking it to uphold a court ruling requiring Hillary Clinton to testify under oath about her private email system.

Hillary Clinton used a private email system to conduct official government business when she was the head of the Department of State.

Clinton’s team filed an emergency writ of mandamus to avoid testifying and the DC Court of Appeals granted her relief in August. 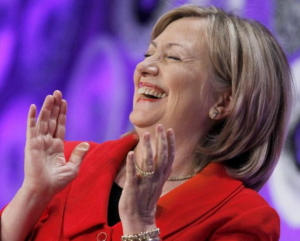 Hillary Clinton ignored the law but received special protection from both the courts and law enforcement. For countless Americans, this double standard of justice has destroyed confidence in the fair administration of justice. Americans would never have known about Hillary Clinton’s email and related pay for play scandals but for Judicial Watch’s diligence. We expect that the Biden State and Justice Departments will continue to protect her and cover up their own misconduct as we press for additional accountability through the courts.

2 Responses to In Re Hillary, SCOTUS invokes a doctrine of “regium tueri invicem”