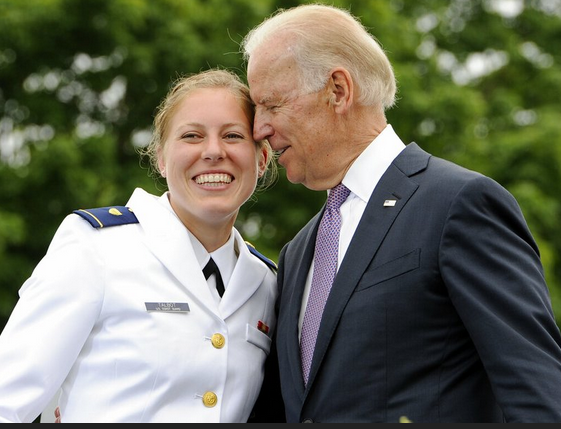 For a good time Biden always goes to the USCGA commencement.

This buffoon doesn’t realize it but he gets a big laugh when he shows up for an event. He’s invariably the slowest, dumbest, and most pathetic and weak-minded person in any room he appears.

Can you imagine…no, don’t, it is too depressing…what a joke our U.S. president is considered in the Kremlin, or in Teheran, or in any gathering of the Chinese Communist Party?

Here’s a guy who has a real future in ‘stand-up comedy’!

President Joe Biden admonished Coast Guard graduates for not clapping for the president at his first speech at a service while in office.

“I can only assume that you will enjoy educating your family about how the Coast Guard is, quote, ‘the hard nucleus around the Navy forms in times of war’,” Biden said.

The president was expecting it to be an applause line because that is exactly what Dick Cheney got when he used the phrase in a speech as vice president in May 2008. Except Biden botched it. This is what Cheney said:There’s a saying in your line of work — that the U.S. Coast Guard is the “hard nucleus about which the Navy forms in time of war.” (Applause.)

Biden was upset that the Coast Guard graduates didn’t appreciate his plagiarized line and so he gently lashed out at them.

“You are… you are a really dull class,” he said. “Now, come on, man. Is the sun getting to you? I would think you would have an opportunity when I say that about the Navy, to clap… but being here together—”

Biden’s remark, while colored in the left-wing press as a harmless ‘jest’, illustrates that Biden merely viewed the speech as a photo op. Contrast the press reaction with the widespread ridicule that Republican presidential candidate Jeb Bush received when he told an audience, “Please clap.”

After the president admonished the Coast Guard graduates, a few scattered members of the audience clapped. This is an unusual reaction for a president so popular he was said to have received 81 million votes — the most in election history.

(Note: Some have credited Ronald Reagan with the line, “…the Coast Guard is the…”; he, too, it is reported received applause

What is it about Biden and the Coast Guard??