Corruption at the FBI and DOJ wide and deep 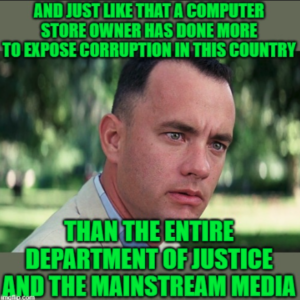 If people thought we were being cranks, sensational, click baiters, whatever regarding our expressed disdain for the federal law enforcement elements of the swamp spearheaded under our DLH’s byline   . . .  well our betters in the conservative commentariat have taken up the cause:

There are also a number of reports indicating that the FBI may have been an agitator even coconspirator in a false flag sort of operation focused on January 6th, not to prevent anything but to perhaps create a story to denigrate Trump support.

And saying what must be said, Kurt Schlichter 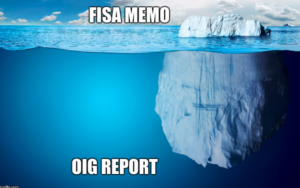 Are There Any Good Apples at the FBI?

We also see Schlichter’s commentary as a challenge to be risen to,  hopefully such as exceptions exist (and they do) that they become more vocal, it is their associations that history rightly must judge, their children and grandchildren.

But alas these articles were five years ago, and what has really happened?? Barr for one, as it turns out another creature of The Swamp

Rebellion Brewing at the FBI: Agency in Turmoil over Comey Corruption!

FBI agents are ready to revolt over the cozy Clinton probe.