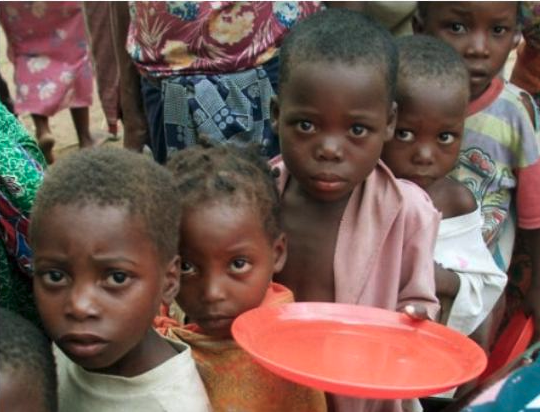 Children of the (lack of) corn

Given the emergency situation created by grain disruptions due to the war in Ukraine, for humanity’s sake Republicans should take the lead in their own states and prioritize food production in policies and through moral suasion

We should ask of the politicians in this state — are they out to protect ethanol or people?  Farmers would be happy with the latter and should receive market prices for supplying their products to feed people efficiently.

It is crisis time. All marketing mandates, promotions and favored tax treatments for ethanol use as an automotive fuel should be ended.

Whether it is Joni Ernst or Charles Grassley or most other Republican personages in/from this state — they make political hay of late about food inflation and security  — rightly decrying Biden’s various inflationary edicts and pointing out the effects of the war in/on Ukraine as necessitating our aggressive support of Ukraine in order to stabilize food prices.

But ruminate on this letter from Joni Ernst (along with the other links provided) while trying to digest her and her fellow Iowans insistence that ethanol “market mandates” be instituted for ethanol’s use as motor fuel. 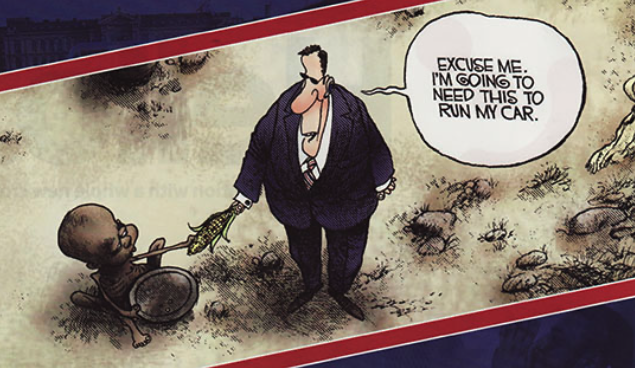 The disconnect is their promoting ethanol marketing requirements instead of calling for farm acreage to be used for food instead of  wasteful ethanol production to be burned in cars.

For humanity’s sake they should be calling on farm policy if anything to incentivize food production and disincentivize inefficient ethanol production. That should “incentivize” Biden’s people to open up domestic oil production.

If ethanol for fuel is so wonderful let the market pay the true cost based on zero subsidies or mandates of any sort. People know what is good for them.

Farmers should use the power of their ‘victory gardens’ by favoring those grain dealers who favor their products for food/feed production or limit their auctions or supply contracts to food production. Because of the current emergency farmers and grain merchants should be empowered to void those contracts already issued to ethanol manufacturers focused on internal combustion engine fuel mixtures.

The articles below go back five to ten years or more decrying the use of ethanol for fuel as not green and a boondoggle, an inefficient way to produce fuel and or cattle feed. The pictures above where clipped from some of these articles.

The ‘blunder’ of the biofuel mandate

Decency demands an end to all ethanol fuel requirements now