His speech last night was as evil and as mendacious as Adolf Hitler ever gave, and Hitler was well practiced.    The (telepromtered) speech was ‘classic’ transference along the lines of Hitlers Nuremberg speech of 1936.

Only handlers and adjutants who are wannabe members of a Reich Cabinet of National Salvation could come up with the props and sign off on such a speech delivered by the often dementia addled creep some people call president but we more accurately call resident.   Links to commentaries below:

(Note to readers next post will be Labor Day) 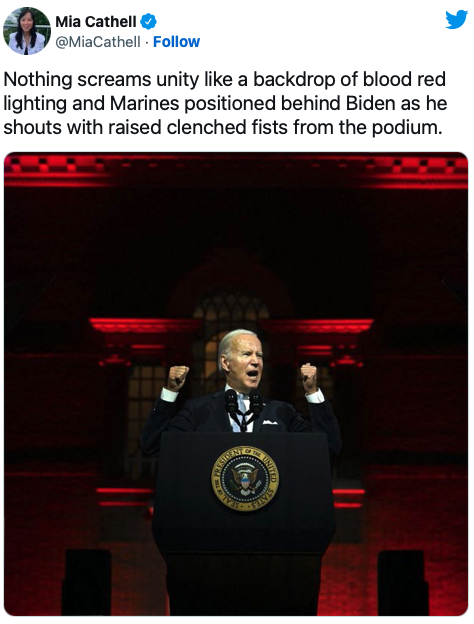 You can’t make this up. The military presence was uncalled for. The bathed in red was his handlers choice — sending a message no doubt. 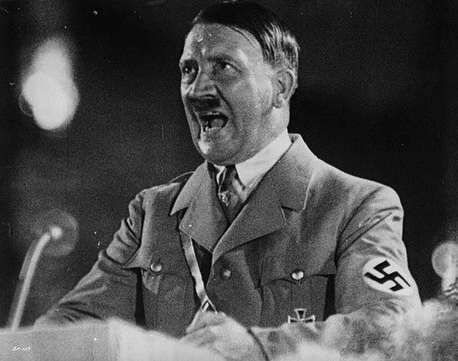 OK I added the sepia tone

Here are some conservative commentaries on the speech. More comments to be added as we await Victor Davis Hanson should he wade in

Tucker Carlson Takes on the Evil in Joe Biden’s Speech

Biden Demonizes Millions Of Americans While Calling For Unity