Klain’s Leaving of the Bunker

Ron Klain, Biden’s Chief of Staff is said to be departing the job soon. He is of course the brains behind so much of the situation the country is in right now.  Biden is evil but not very smart and has no attention span.  The coordination of so much economic  and cultural destruction requires staff and Party.

There have been a number of articles surmising that Klain’s departure is wrapped up in the growing scandal over the revelation of Biden having classified documents that he was not authorized to have at the time he took them and that he kept them for years in inadequately secured at best multiple locations. That might be downplayed if it were not the case that Democrats were intent on making an indictable offense out of  Trump having classified documents in a secure set up, documents he de facto legally authorized to himself. Here is one such article at RedState:

My initial take was: If this is supposed to be “we’ll give you Klain if you leave us alone” well how ridiculous. Klain had absolutely nothing to do with Biteme’s document problem other than maybe helping keep a lid on it. So if he helped keep it out of the election (to his credit in the left’s warped way of thinking) it must be that his running things has been a disaster and certain of Joe’s people people realize it even though they are as responsible. They want Klain out as a scapegoat – the public can assign whatever reason they want. You can’t punish a prince so you have a whipping boy.

But what of Biden/Klien policies does Biden not like?? I mean are they Biden policies or not? We know they are largely disasters in essence but is Klain the only evil sentient person in the regime?  The Biden/ Klain decisions cannot be recovered from soon. I think it more that Klain knows that and the implications of the document scandal and what is coming down the pike and he does not want to be around. Otherwise the power he held would be too addicting to leave.

I will expand a bit more on this but here are some more takes from various commentaries about the situation.  Readers will no doubt recognize that much of what is surmised in the commentaries are not mutually exclusive, various possibilities could be operating somewhat independently and reinforcing one another.

From Nic Arama at RedState:

Yikes: Here’s a New Pic of How ‘Seriously’ Joe Biden Takes Important Docs at His House 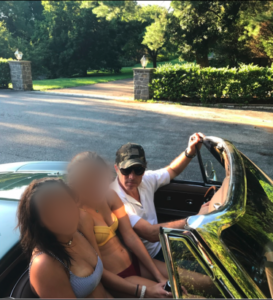 One of the things that has been most concerning about Biden’s scandal is how many other people Biden might have exposed the documents to with his irresponsibility. Among the people who appear to have had access to the classified documents next to the Corvette in his garage was his son, Hunter Biden, who was having issues with drugs while he was living at the house, not to mention he had a lot of involvement with people connected to foreign governments. We reported how there are pictures of Hunter in Joe’s Corvette with his 12-year-old niece Natalie and another young girl.

Arama relies pictures and news posted in the NY Post and Washington Free Beacon for some of his commentary.  From the NYPost: A box labeled “Important Doc’s + Photos” was left unsealed on a table ahead of a child’s birthday party in the Delaware home where the 80-year-old president has been discovered to have stashed sensitive government records, a photo from his son’s laptop, discovered by The Post Friday reveals.

Another image on the infamous laptop reveals that Hunter Biden apparently made more than 160 trips to the sprawling, lakeside house in just 52 days during the same time he was involved in controversial business dealings with a Chinese energy conglomerate — and while the home contained the discovered classified documents.

From Bonchie also at RedState first with a quote from Ted Cruz regarding Attorney General Merrick Garland’s appointment of a special council to look into the document matter :

And he was forced to do it. He had no choice but appoint a special counsel, given the utter hypocrisy in going after Trump. And it was discovered that Biden had classified documents, not in one place, not in two places, not in three places, but four and five. He had ’em stuck by his Corvette, he had ’em stuck in a room by his garage, he had ’em in the Penn Center, he had them in the residence — you’ve got to wonder where Joe Biden didn’t have classified documents.

This really boils down to Biden’s criminality, even if it’s not prosecuted, complicating the DOJ’s pursuit of Donald Trump. For all the “it’s different” protestations from the press and their Democrat allies, it’s unlikely the American people will broadly see it that way. In fact, a new poll shows that a full 71 percent believe Biden’s mishandling of classified documents is “serious” or “somewhat serious.”

All the micro arguments in the world about Trump committing “obstruction” aren’t going to change the fact that Biden broke the plain letter of the law. The statute clearly says “gross negligence” and does not require intent. It’s also highly questionable at this point that any of what Biden did was an accident. One doesn’t typically “accidentally” take dozens of classified documents, move them multiple times, and scatter them around like confetti, including in a home office filing cabinet.

To prosecute Trump at this point but not Biden would actually help the former’s 2024 presidential bid. That it would also represent another public black eye for the DOJ is a given. As Cruz lays out, that is the real problem for the administration. Biden himself isn’t in any legal danger, but the White House’s attempts to weaponize the federal government to take down Trump may be.

The Gift That Keeps On Giving:

From yours truly at Veritaspac.com

There are different angles proffered in various conservative commentaries we monitor, all of them plausible. But my guess, because of the Biden crime clean-up operatives having started their secret investigation when they did, prior to the midterm election,  is they got a heads-up and they wanted to get ahead of it because of the whole hypocrisy thing given their grotesque calumny about Trump’s documents.

The immediate goal was to keep Biden’s actual offense under wraps ’til after the midterms and then slow-walk it.  They got this from a leak so they have to worry about more leaks and therefor they have to be in a position to say they were “taking it seriously” and “being transparent” in only reporting the matter many weeks after they started the “investigation” . The game plan being to turn it over to a presumably friendly process (calling a special council works).

The scenario then becomes “control the information flow” 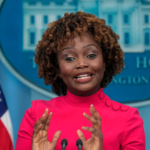 and be in a position to claim “‘we can’t answer any of your questions because of the on-going investigation (they control).”  Most of their (non-binary) lackeys in the media will be compliant. They also  must do this because they have such awful empty-headed people to make their case before the public — Karine (as in Careen from stupid to stupider) Jean-Pierre with her childish yet simpleton appearance (and the smarts to go with it) and of course Joe Bite-Me (who knows what hostile gibberish will come out of his deteriorating reptilian brain).

Unfortunately their comments cannot help but be seen to be dissimulation because of DRATS! HUNTER”S LAPTOP — pictures of the garage — the time-line, etc. So WE ARE ****ED NOW (insert favorite expletives) becomes the hit and the bunker mentality sets in. Damn that Free Beacon, NYPost, Townhall, RedState and all the rest of the counter revolutionaries.

So Joe’s people say let them have Klain, he is the reason we are doing so poorly in so many areas such that we are unable to continue the grift. OR possibly Klain is abandoning ship knowing it will get worse but at a time when he can say “if they had only followed what I prepared for them things would be even more wonderful”. Either way Joe’s outside brains will try to spin the Klain departure as best they can but regardless that Klain did not scatter classified documents around Joe’s house, garage and various offices pre-White House residency or forget to pick-up Hunter’s laptop.

Maybe they will be forced to go light on their Trump accusations although they will try like hell to make distinctions to get them through the day. So I do not think it was originally a plot to get Biden out as in such circumstances the whole house of cards is impacted, as the Party is embarrassed. Though sane but evil elements want Biden out they could do less embarrassing things to make Biden’s reelection bid untenable. They would not pursue this angle at the expense of giving up the Trump attack angle BY DESIGN. This hand was somehow forced by situation(s) yet to be revealed.

Related reading:The NYT Reveals How the WH Thought They Could Cover Up Biden Docs Debacle