The Most Corrupt Justice Department in U.S. History

Clarice Feldman’s latest column in American Thinker   . . .  is a  searing indictment, I believe,  and so to will anyone who objectively reads her column.  We have the absolute most corrupt Justice Dept. in US history. 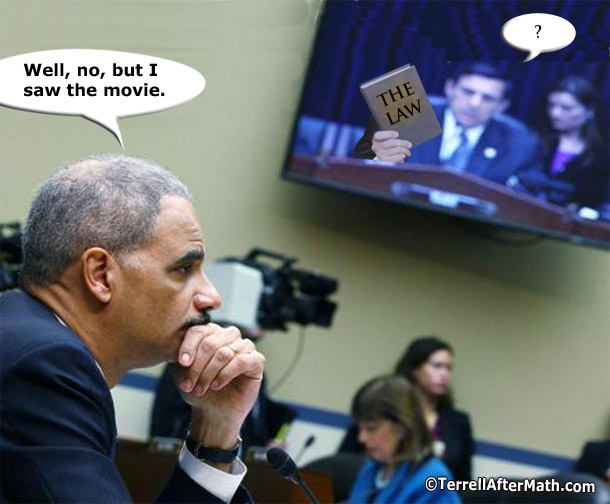 More important for Veritas readers is the way this story provides a compelling expose, when compared to the willful misrepresentations of the QCTimes Editorial Board. Reading the QCT pages we see a picture of the Times’ hatred of Bush and its blind adoration of BO.

The detailing of AG Holder’s many corrupt actions must be compared to the alleged “political wrong doing” of Alberto Gonzalez, GWB’s one time AG.

The QCT’s editorial board was gleeful in it’s mocking editorial celebrating Gonzalez’s resignation for his “offenses”, firing seven holdover federal prosecutors who had refused to prosecute allegations of vote fraud.

That QCT’ editorial has been referred to in these pages before but it is well to refer to it again as Eric Holder’s actions are exposed.  Hopefully some QC area Times readers will be inspired to let this “newspaper” know that not everyone in this community is an Obama dupe.           DLH

0
This entry was posted in MEDIA BIAS. Bookmark the permalink.