Via Iowan’s For Tax Relief (ITR)

A new plan to increase the state’s motor fuel tax is now being promoted by special interests and some Legislators.  This new two-tax scheme would lower the per gallon rate to 16 cents but would impose a new 5% wholesale tax on gasoline, diesel, etc.   This would bring Iowa’s fuel tax rate to one of the highest in
the nation. . . 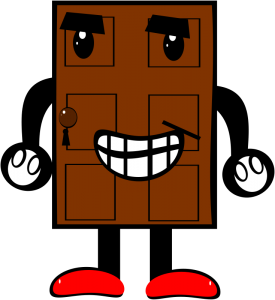 Editors note: The Iowa Motor Fuel Tax rate , which is only one of the taxes imposed at the pump, is currently 21 cents per gallon. The proposal would knock that down a nickel. But it would more than replace it with a new wholesale tax of 5% per gallon paid initially  by retailers. Of course that will be passed on to final consumers.

As of the end of January the average wholesale cost of gas in Iowa was $2.56. It is more than that now. Five percent of the January figure is 13 cents (we trust they take the whole penny). So by our calculation gas would go up a net 8 cents per gallon. That is eighty percent of the ten cents the tax increase supporters floated (no doubt intended as a high point to bargain down).

While suggesting it is not likely to pass ITR continues:

It’s sneaky.  The current per-gallon gas tax is out in front, where we all see it and know what we are paying, but a 5% wholesale tax would be hidden and much easier to increase.

It imposes a completely new tax!  Iowa’s taxpayers have stated in polls time and time again that they oppose a gas tax increase.  This plan goes beyond increasing current tax rates; it creates a whole new tax.

Increasing fuel taxes continues to be a recuring topic in the legislature in spite of grass roots opposition, pushed by those who gain the most. Winning grassroots sentiment opposes it. We are told that plank(s) were introduced at the Scott County precinct caucuses opposing any fuel tax increase (instead of cutting subsidies and spending and reorienting budget priorities). Like everything else that night they were dismissed in favor of a  platform rewrite that says nothing about a winning hot topic. The apparent strategy: “Be as irrelevant as possible and victory will be ours! ”

By the way, a generic call for balanced budgets, as the new Scott County Republican platform is reduced to, does not position the local party in opposition to a gas tax increase. Nor does calling for “limited taxes” whatever that means.  Taxes equaling larger spending is a balanced budget. Nor does calling for revenue and spending limitations within a balance budget say anything serious to legislators. Left to their own devices they will “limit” tax increases to please the spending ‘limits” (increases) they desire. Unorganized rank and file taxpayers be damned. Old and new calls for specific reasonable tax and spending legislative limitations related to economic figures were pulled out. Instead the Scott County Republican Party was purposely muted on current relevant tax issues.

Not having the inducement of a platform plank opposing gas tax increases may be convenient for some politicians but it is not the voice or prioritization of the people.  The Scott County Republican platform is a pretty pathetic non-statement on taxes for a Party supposed to be in touch with the grass roots.    R Mall