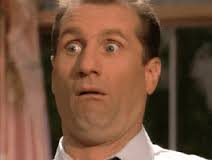 Avoiding “big cable” news media other than to catch their drift on matters, we only recently became aware of CNN commentator Tara Setmayer.  We were genuinely surprised.  Fox does not do as well with some of its commentators. According to her bio she is former communications director for Rep. Dana Rohrabacher, R-California.  Looking at her “Tweets” she is an unabashed vigorous conservative  Here is an excerpt from a February 24 commentary. You might have guessed we appreciate the sentiment and its continued timeliness as regards today’s stories about Boehner’s support for Trump. (bold our emphasis)

Donald Trump is all your fault, John Boehner

Now that Donald Trump has hauled in his third straight victory — this time in Nevada, with 46% of the vote, beating Ted Cruz with evangelicals and Marco Rubio with Hispanics — many Republican are left scratching their heads asking, how the heck did we get here?

Entrance polls showed voters were overwhelmingly angry, dissatisfied and partial to a political outsider. This voter angst, as we all by now can see, has thrown conventional wisdom out the window for the entire presidential campaign.

John Boehner, wherever you are, this is all your fault. Mitch McConnell, you’re to blame also.

The American people voted Republicans back into the majority of both houses of Congress specifically to stand up to President Obama’s big-government, progressive agenda. Many voters were concerned about trillions in additional debt, the burdensome Obamacare mandates, executive overreach on immigration and an anemic economic recovery on Obama’s watch.

Where has the pushback been? Republicans may have regained Congress, but Republican voters feel betrayed. They perceive a lack of action to stop the President’s agenda, GOP leaders wheeling and dealing with Obama on budget compromises like the “cromnibus,” and their tendency to roll over anytime they are challenged by the President.

All this has led to this moment: An electorate so angry, they are willing to vote for a conservative of convenience who has spent the majority of his adult life pro-abortion, pro-gun control, pro-single payer health care and as a financial backer of Democrats.   (snip)

In a world where the cult of personality is fueled by a social media celebrity culture, it should really be of no surprise that so many could be taken in by Trump. It is unsurprising that a reality show profiteer would be able to capitalize on the lowest common denominator of the voting public to create a veneer of strength and leadership based on nothing more than repetitive concepts of winning and insulting detractors.

Anger is a powerful motivator, but it can also be a dangerous one. Yes, large swaths of the electorate are fed up; we get it. But now what? The GOP is supposed to hand over the keys to the kingdom to someone who has co-opted a century of limited government, good stewardship of the Constitution and pro-liberty principles for his own narcissistic need to bask in the manipulated adulation of the pitchfork crowd?