The “Planned Parenthood of the UK” shuts down abortion 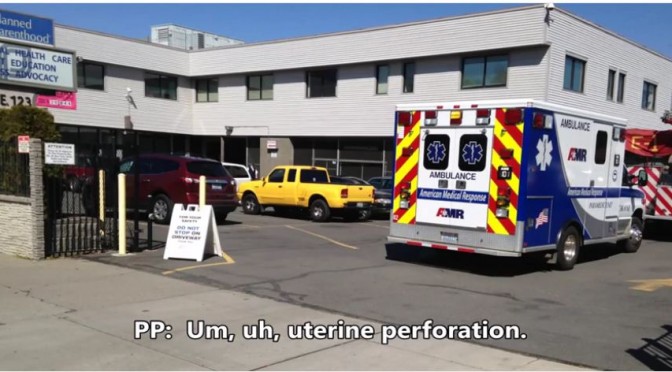 Marie Stopes International and the British Pregnancy Advisory Service (BPAS) are the primary abortion providers in the United Kingdom. While hard to believe, it is no exaggeration to say that almost all secular media outlets in the UK are even more protective of these “abortion providers” than U.S. media are of the world’s largest “abortion provider,” Planned Parenthood.

So, when the Guardian headlines its story, “Marie Stopes suspends some abortion services over safety issues,” you know something significant is up. The affected groups, Health editor Sarah Boseley explained, are “under-age girls and vulnerable women.”

• Suspended termination of pregnancy provision for under-18s and vulnerable groups of women.

• Suspended all surgical terminations at its Norwich centre

Note, however, the Guardian chose to omit a huge element in the investigation captured in the Telegraph’s headline: “Marie Stopes suspends surgical abortions after surprise inspection by Care Quality Commission” (emphasis added).

Here are the lead paragraphs from the Telegraph’s Science editor, Sarah Knapton:

The CQC said that the 250 women a week who were booked in for terminations would be sent elsewhere to ‘make sure they were protected from potential harm.’

The CQC said it could not be sure that staff had adequate levels of training and competence to administer sedatives and general anaesthetic. It also said it had immediate concerns about issues of consent. …

The Government has also informed Marie Stopes International that Ministers will not give approval for further clinics to offer termination services until the CQC are satisfied that their concerns have been fully addressed.

Even PPFA’s Cecile Richards would have trouble spinning this one. Competence….safety….questions about whether teenagers under 18 were able to give informed consent–a Trifecta of dangerous behavior found when Marie Stopes’s clinics were not given advanced warning their facilities would be checked.

But there’s more. Professor Sir Bruce Keogh is the National Health Service’s national medical director. According to Knapton, Keogh said until the concerns are dealt with, Marie Stopes International would not be allowed to open new clinics.

The regulator is also concerned about the standards of anaesthesia in clinics when women are undergoing surgical abortion after 12 weeks of pregnancy, which is a small minority of total terminations. The CQC said there was a “lack of assurance in relation to training and competence in conscious sedation and general anaesthesia.”

Professor Edward Baker is deputy chief inspector of hospitals at the CQC. He said

“Given the nature of the concerns we identified on our inspections, it is right that Marie Stopes International has suspended a number of its services. …

“We will continue to monitor these services very closely and we will not hesitate to take further action, if needed.”

Get daily updates on right to life matters at NRL News.

0
This entry was posted in MEDIA BIAS, RIGHT TO LIFE, UNCATEGORIZED. Bookmark the permalink.