Let’s all get a piece of that affirmative action

SO YOU THINK THE LGBTQ— AND PROGRESSIVE DEMOCRATS, RADICAL LEFTISTS, ET AL HAVE FINALLY ACHIEVED THEIR ULTIMATE GOALS…RESPECT, ADMIRATION, AND CELEBRATION OF THE GAY LIFESTYLE AND EVERY KIND OF ‘TWO GENDER DENIAL’! (Story below)

Well, think again. We haven’t seen the end of this crowd’s long quest to turn our society upside down, inside out, and in a million pieces.

There is more to be done if the goal is an indescribably dysfunctional wreckage these people covet. 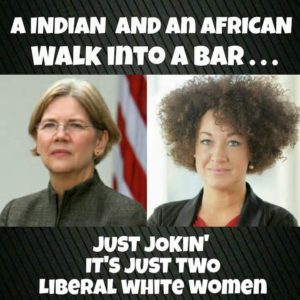 First of all, if you can “decide” your gender “preference” (see below “California Democrats…”)…why can’t you decide to have no gender at all? What could possibly be desirable with that?

Well, if one is recognized by all the “official entities”… the law, the judicial system, the political establishment, governmental institutions…only men and women must pay taxes but benefits certainly can’t be denied for a simple thing thing like sexual identity, can it !

Silly? Of course. But, even now, how far away is the day in which a “bi-gender” (as opposed to a “bi-sexual”) cannot be convicted of a sexual assault because to do so would unfairly punish the individual’s “innocent gender-identity side”? Sounds like an argument your average “wise Latina” on the Supreme Court could buy.

But we’ll soon be moving on to more heretofore unrecognized “rights”. 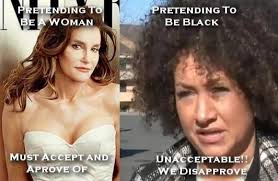 Maybe the next “big thing?: If you can choose which gender you are…or none at all…won’t you be able to choose a different race than that “selected” for you at birth? Why not? And since it will undoubtedly be a “fluid” thing like gender already is, won’t you be able to change your “racial identity” at will at some future date when the circumstances for a different race is more appealing to you?

Heck, how much ahead of her time was Rachel Dolezal, the white lady posing as black, former head of the NAACP chapter in Spokane, WA?

And certainly Senator Elizabeth Warren can jump on this bandwagon, given her preferred Native American (NA) heritage. Not only does she have the high cheekbones to prove her fortunate NA heritage; She is also known to frequently “go on the Warpath” when one of her cherished far left political positions is challenged.

In almost certain likelihood, even this will not be the end of the road on which contentious debate will serve to topple whatever few societal pillars may be left standing.

What if one awakens one morning and no longer “identifies” with ‘its’ assigned species? Any preferential treatment at Harvard for rocks or philodendrons ?             DLH

California driver’s licenses and birth certificates could have a third option for gender in addition to male or female under legislation unveiled Thursday by Democratic lawmakers.

. . .  Lawmakers framed the measure as an expansion of rights for transgender, intersex and other people who do not identify as male or female.   . . .

The bill, SB 179, also would streamline the process for people to change their gender on such documents. It would remove the requirement that an individual obtain a sworn statement from a physician certifying medical treatment for gender transition. It also would create a process for people younger than 18 to apply for a change of gender on their birth certificate.    . . .

. . .  (Toni) Atkins, who is a lesbian and a member of the California Legislative LGBT Caucus, said this proposal marks an “evolution” for her in better understanding the concerns of the transgender and intersex community. She authored a law in 2014 that ensures death certificates reflect a person’s gender identity, an experience she said made her more aware of the bureaucratic hurdles that transgender people often face.

This year’s bill, she said, “is moving us forward into a new world, where acceptance is … letting people be who they tell you they are.”

Notice to readers, the following pictorial representations were rejected by our Department of Journalistic Standards.  (hey, if Jenner, and Dolezal can pretend to be of a different sex or race, we can pretend to have standards). 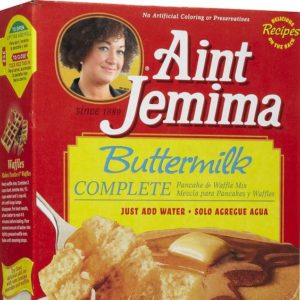 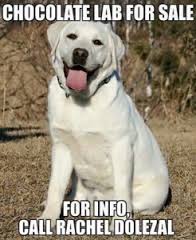 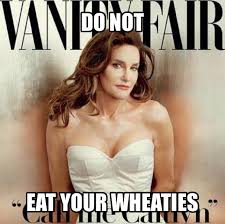 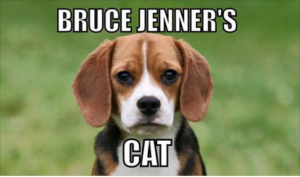