Ben – You are speaking out of Youranus 1

A reader of our publication commented:

On Fox Saturday I believe, maybe Friday, the guest was Ben Stein. He was asked about the U-One thing. He said it was “overblown”, because it is not 20% of this country’s uranium involved. It is 20% OF ONE COMPANY’S URANIUM?????? In his view much less than anything approaching 20% of all. 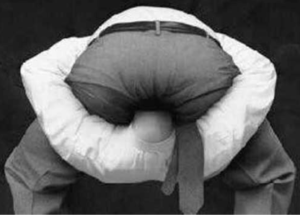 There may be some sloppy reporting on the matter from various conservative sources, but Ben is no purer if he fails to mention the other components to the scandal and he may be missing the relative size of the company.  But Ben likes to be contrary and in striving misses the point, whether it was 1% of one small company. The issue is pay to play and the Russia connection. The deal needed sign-offs and important people wanted it to happen.

Here is an item from an industry flack writing at Forbes who whitewashes or denies the essence of the scandal — pay to play especially —  but disregards the fungible CURRENT market economics of the matter by saying there is gobs of uranium. Then why did the Russians want this piece so bad, this percentage of a small company mining a supposedly ubiquitous commodity?

We also point out the intelligence boon control of ownership of a U.S. located company mining strategic materials  offers as regards the company;s ongoing awareness of strategic movements of these strategic materials, planning, bid timing,etc. as it now owns a key player in North America. The Forbes columnist does not even see a scandal, says it was all just a bureaucratic matter but oh maybe the FBI should look at Russian election interference.   A NON ISSUE IN EFFECT IF THERE EVER WAS ONE.  His article is pure Democrat dodge.

Let say it is not for export, another often heard refrain from Democrat trolls which we have also seen denied as being not true.  But let’s say it is, —  mined here has to stay here — or perhaps it can only can go to countries on a list — an export license to somewhere other than Russia. Markets are fungible – A can’t sell to B but C, D, and F markets can and will love to —  so the advantage of market possession and influence remains to the Russians.

The comment section to the Forbes article also proved this rebuttal. It is by Eric Wenger (excerpted here)

. . .  So, this guy knows what the deal itself entailed and is downplaying the importance of the quality and importance of the natural resources included in the sale and he also alleges the fact that the final government review was merely a formality of a sale that had already been reviewed by the US government. I have no problem whatsoever believing that he believes that.

However, when a Russian uranium company completes a giant multi-billion dollar purchase to acquire US uranium and the US State Department asserts itself into the forefront of the issue by refusing all requests for a hold on the sale (for any purpose) while the Secretary of State herself receives $145 MILLION DOLLARS at her personal foundation and her husband receives speaking fees from a Russian uranium company, red flags are IMMEDIATELY raised. And those types of occurances throughout the government procurement process will ALWAYS be viewed as improper.

My family had a defense business for over 30 years and I can tell you with regards to giant government contracts like that, especially things related to Foreign Military Sales (FMS), that deals are never an absolute done deal until the equipment, or assets, reach the destination country. Governments back out of those types of deals all of the time – any type of major foreign sales. So, the fact that a Russian uranium company could have offered a sitting Secretary of States a big financial bribe for “greasing the wheels” for a supposedly already done deal is not surprising in the least bit. What is illegal, is that Hillary accepted it. And what’s even more illegal is that she has had a habit of not only accepting these types of improper and illegal “gifts”, but of soliciting them. She accepted massive amounts of contributions to her foundation and exorbitant speaking fees for her husband, in the millions of dollars, as she personally presided over matters that all of those donors had before the United States government. And every single donor, or payer of Bill’s speaking engagements, received a favorable ruling. EVERY SINGLE ONE.

Anyway, the next step in this investigation will likely be Trump’s removal of the gag order on the FBI informant who was allegedly privy to the inside of this deal. His opinion on whether the actions taken by Hillary were illegal will have far more weight than the abstract opinion of a nuclear scientist. A scientist who by the way has been accused of fudging scientific data with respect to the Fukushima disaster.

Anyway, the real determination will likely be made based upon the perceived level of credibility of the FBI informant and whether, or not, other parties involved tell the truth about what happened once the details unfold.  . . .