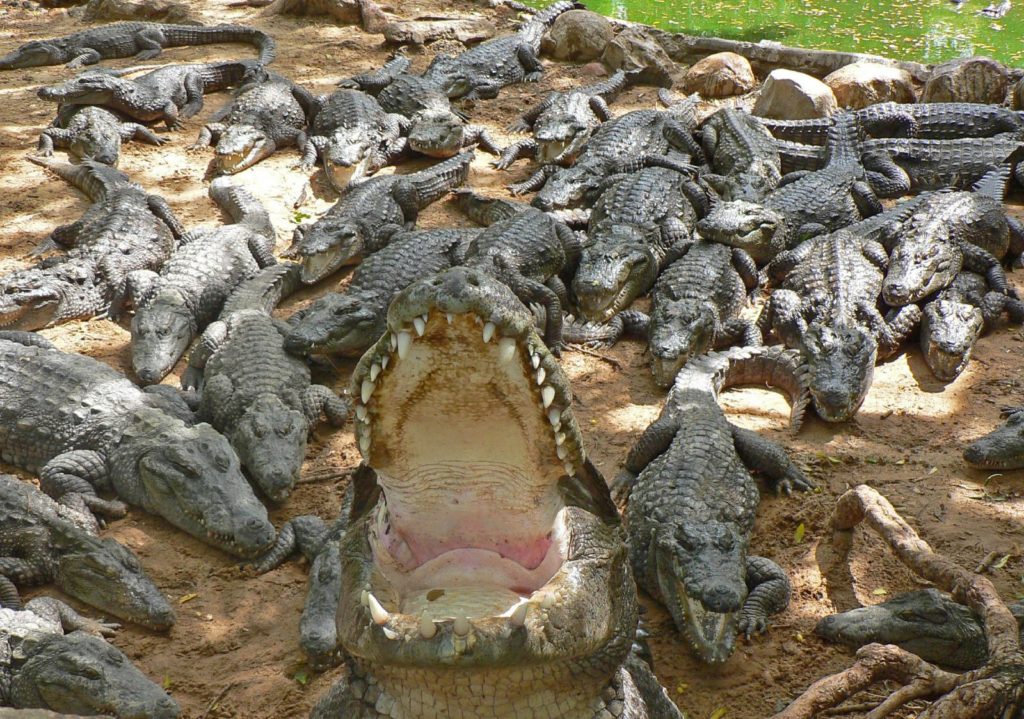 The aftermath of the 2016 election has revealed the criminality of the Democrats, the perfidy of the Deep State, the corruption of the press, and the bought and paid for motives of the scribblers in the conservative pundit class.

If there’s a way out of this, it is not apparent to me. The defacto conspiracy of wholly compromised news and opinion media, unprincipled billionaires, liberal, libertarian and ‘conservative’, corrupt and all-powerful federal law enforcement and intelligence agencies, a vast Washington establishment, comprised of the most detestable politicians of both parties with allegiance only to itself, a recent former federal government so completely corrupted, and unimaginably enormous amounts of money to support and advance an evil agenda…it’s all exposed but only to those willing and with the ability to see it.     DLH

(excerpts, bold emphasis not in original)

The aftermath of the 2016 election has revealed the criminality of the Democrats, the perfidy of the Deep State, the corruption of the press, and the bought and paid for motives of the scribblers in the conservative pundit class. And Trump won despite all that. In many ways it reminds me of a Soviet operation called The Trust. If you missed Reilly — Ace of Spies, Edward Jay Epstein describes how the Soviets created a fake anti-Soviet group called The Trust and used it to nab dissidents plotting to overthrow the regime.

Fusion GPS’ dossier was a replay of a classic Soviet disinformation campaign.

“The Trust was not an anti-Soviet organization, it only imitated one.” In reality, he continued, the Trust was a creature of the Soviet secret police. Its purpose was not to overthrow Communism, but to manipulate real anti-communist organizations into misleading the West.

In much the same way, I believe, Russian agents working for the Clintons and the DNC through Fusion GPS and its hireling Christopher Steele provided fake information in a dossier which the FBI (headed by James Comey) and the Department of Justice (headed by Loretta Lynch ) used to craft an affidavit to obtain a FISA warrant authorizing electronic surveillance on people connected, however tangentially, to the Trump campaign. This, after previous such warrants had — and this is unusual — been turned down by the FISA court. Then-president Obama allowed the surveilled communications to be widely circulated throughout the government, so that the names of the targets caught up in the surveillance and their communications were thus widely available for leaking, and were leaked.

The dossier was a means for the Russians at no cost the them to provide the Democrats with disinformation to be used against Trump.

Mollie Hemingway at The Federalist does the most thorough job of clearing the air on the dossier (see article) . . .

Fusion GPS was also doing work directly for the Russians, which makes its claims doubly suspect:

Yet at the same time that Fusion GPS was fueling a campaign warning against a vast Russia-Trump conspiracy to destroy the integrity of American elections, the company was also working with Russia to influence American policy — by removing the same sanctions that Trump was supposedly going to remove as his quid pro quo for Putin’s help in defeating Hillary.Yet it is rare to read stories about comms shops like Fusion GPS because traditional news organizations are reluctant to bite the hands that feed them. But they are the news behind the news—well known to every D.C. beat reporter as the sources who set the table and provide the sources for their big “scoops.” The ongoing transformation of foundering, profitless news organizations into dueling proxies for partisan comms operatives is bad news for American readers, and for our democracy. But it is having a particularly outsized effect on reporting in the area of foreign policy, where expert opinion is prized—and easily bought—and most reporters and readers are only shallowly informed.

The record clearly belies the Clinton-DNC (Debbie Wasserman-Schultz and John Podesta) claim that they didn’t know about the dossier.

In the first place, it is impossible to believe that they handed over $9 million to their lawyer without restriction or oversight. (Yes, I know the Department of State under then-secretary Clinton cannot account for $6 billion dollars, but this was their money, not ours, and I expect they paid more serious attention to it.) Once the bills are turned over to investigators, we’ll see who signed off on them. And we’ll find out soon whether Fusion was listed as a vendor in campaign-finance filings as the law requires.

Interestingly enough, one of Elias’ partners engaged Crowd Strike, ostensibly to review the claim that the DNC server had been hacked by Russia, and Comey’s FBI accepted their review without ever demanding to examine it themselves.

Daniel Greenfield once again does a fine job of analyzing the use made of the dossier and why Fusion GPS was engaged to dish the dirt.   . . .

The dossier was designed to dig up “dirt” on Trump and his associates, but, more to the point, it was clearly intended from the start to do so by manufacturing and nurturing a Russian angle. It sought to discredit Donald Trump and to deceive the public, which suggests that Trump has been right all along regarding something like a conspiracy against him which included the active participation of the FBI and possibly other national security agencies.

. . . there is one thing new that we do know now: Russiagate began within the Clinton Campaign headquarters.

Trey Gowdy tweeted: “Did FBI rely on a document that looks like the National Enquirer prepared it?” Looks that way. Andrew McCarthy at National Review tweets “Trump DOJ should declassify & disclose FISA app to show what representations were made to court about source of dossier claims.”