Another one of those “quality candidates” Democrats always seem to find 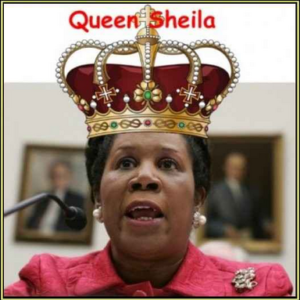 IT MAY BE WELL TO REFLECT UPON THE ANTICS OF LONG-SERVING DEMOCRAT POLITICIANS LIKE SHEILA JACKSON LEE, NANCY PELOSI, MAXINE WATERS, ALCEE HASTINGS, even Senator (D,Connecticut) RICHARD BLUMENTHAL (who ‘inadvertently” claimed he served in Vietnam, though he was never in Vietnam; but check any liberal site and learn that it was only a “misspeak” on the senator’s part that seemed to leave the “impression” he did).

AND WHEN YOU DO REFLECT, ON CONGRESSPERSON S J LEE FOR EXAMPLE, RECALL ALSO THE WORDS OF GOP ESTABLISHMENT ‘SPOKESFOLKS’, LIKE KARL  “White Board” ROVE. 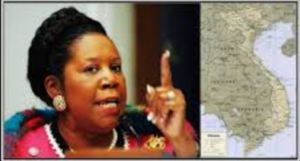 MR. ROVE IS MOVED FREQUENTLY TO CALL FOR “BETTER QUALITY” GOP CANDIDATES THAN REAL CONSERVATIVE ONES THAT GET TRASHED BY BOTH DEMS AND “REPUBLICANS”.

SORRY, BUT WE WILL VERY SOON LEARN HOW MUCH BETTER ROY MOORE WOULD HAVE BEEN FOR AMERICA THAN “QUALITY CANDIDATE”, DOUG JONES BECA– USE OF SANDBAGGERS AND BACK-SHOOTERS LIKE KARL ROVE.          DLH

Washington Examiner article by Philip Wegmann, memes added by us

Rep. Sheila Jackson Lee: Terror of the skies since 1995 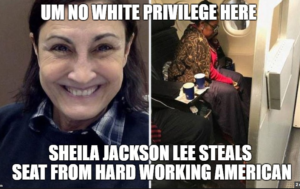 When United booted a paying customer from first class to make room for a member of Congress, the Internet erupted with good and healthy egalitarian outrage. But don’t blame the airline.

The congresswoman in question was Rep. Sheila Jackson Lee, D-Texas. And until she lands on the no-fly list, no airline is safe. Jackson Lee has been terrorizing the skies since coming to Congress in 1995.

The Democrat has developed a reputation for making life hell for any clerk, stewardess, or pilot unwilling or unable to make her three-and-a-half-hour flight anything less than glamorous. She takes advantage of federal travel perks to book multiple flights (only to cancel at the last minute and at no charge). She demands an upgrade to premier seats. She expects, in her words, “to be treated like a queen.”

Sometimes it gets ugly. For instance, when one peasant of a flight attendant failed to serve the food Jackson Lee requested, the congresswoman went wild. “Don’t you know who I am?” she reportedly shrieked. “I’m Congresswoman Sheila Jackson Lee. Where is my seafood meal? I know it was ordered!”

That inflight incident was in 1998, and Jackson Lee has only increased in seniority since. She sits on the Committee on Homeland Security and she serves as the ranking member of the subcommittee on transportation security, no doubt, giving her even more sway over the airlines and even more of a reason to feel entitled.

What’s an honest airline to do anyway? Airlines are one of the most regulated industries. Sure, they have an obligation to get passengers from A to B. But they also have a larger obligation to their stockholders. Angering an influential lawmaker doesn’t help the bottom line, and so it just isn’t done.

Of course, it would be nice if business saw everyday citizens and lawmakers the same. Some goodhearted congressmen like Rep. Ron Estes, R-Kan., who recently insisted on giving up his seats on an overbooked flight to Wichita, bristle at any distinction. But that’s not the way Washington works. Quite simply, there are rules for the rulers and rules for the rest of us.

At least one airline tried standing up to Jackson Lee. After the seafood fiasco, the head of government relations for Continental demanded the congresswoman either shape up or catch a competitor’s flight. That airline is no more though. At this point, only one group of stockholders can kick the congresswoman out of first class: her constituents. Those voters can rally together at the ballot box to boot her back to coach. Otherwise Jackson Lee will continue to terrorize the skies.

0
This entry was posted in REPUBLICAN VS DEMOCRAT, ROVE PAGES, UNCATEGORIZED. Bookmark the permalink.