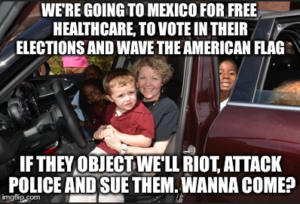 “Free housing??!! for illegal immigrants?!!  (The catch in it is it may be “legal”. There must be ONE “qualified” ( a citizen) person in the ‘family unit’ to be eligible for federal assistance…that is often just an “anchor baby”!!!        DLH generated post

From The Daily Caller News Foundation:

The Department of Housing and Urban Development (HUD) will be proposing a new rule that further prevents illegal immigrants from taking advantage of public housing assistance, The Daily Caller has learned.

Section 214 of the Housing and Community Development Act prevents non-citizens from obtaining financial housing assistance. However, the presence of so-called “mixed families” has complicated the enforcement of the rule. Illegal immigrants have previously been able to skirt the restrictions by living with family members who are U.S. citizens and receive subsidized housing through HUD. (RELATED: Trump’s HUD Official Moves To The Projects In The Bronx)

HUD intends to roll out a proposal over the next few weeks that prohibits any illegal immigrant from residing in subsidized housing, even if they are not the direct recipient of the benefit. HUD currently estimates that tens of thousands of HUD-assisted households are headed by non-citizens.

Families who are caught gaming the system by allowing illegal immigrants to stay with them either have to comply with the new rule or they will be forced to move out of their residence.

Households will be screened through the Systematic Alien Verification for Entitlements, or “SAVE,” program.

An administration official told the Caller that this is a continuation of the president’s “America First” policies.

“This proposal gets to the whole point Cher was making in her tweet that the President retweeted. We’ve got our own people to house and we need to take care of our citizens,” the official said. “Because of past loopholes in HUD guidance, illegal aliens were able to live in free public housing desperately needed by so many of our own citizens. As illegal aliens attempt to swarm our borders, we’re sending the message that you can’t live off of American welfare on the taxpayers’ dime.”

I finally agree with @Cher! pic.twitter.com/i5acSgUrCk

According to HUD, there are currently millions of American citizens on the waitlist for government-assisted housing because the department does not have enough resources to provide every eligible family with financial assistance.

The president has repeatedly lamented the drain that illegal immigration has on resources for American families. 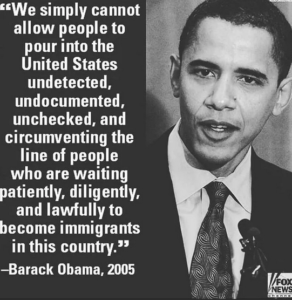 Throw in the education costs for the children not born here not to mention food stamps (shared or direct) other welfare costs including healthcare, higher crime rates  – – well pretty soon it adds up to real money, real debt, real culture costs, less service to citizens and lost sovereignty.

Here are some rough figures and reasonable presumptions on the educational costs of the “undocumented”.  Keep in mind that a lot of the figures you see about federal outlays do not include state outlays particularly for education, largely a state financed figure, but also other state/local paid/burdoned welfare costs. Nor does it include the amounts for children born here to illegals or the benefits received by majority age illegals.

Federal law essentially requires each state to educate anyone of age who are presented for enrollment without regard to the child’s citizenship or legal status.

The average cost to educate a K-12 student nationally is $11,762 a year ( in Iowa it is $11,150). Source here. Using the one million figure, that amounts to $11,762,000,000 spread among the states with an average state (dividing by 50) coming in at over 235 million dollars. The figures are not likely to include capital costs for additional schools and classrooms, debt service or unfunded retirement obligations, or additional services from other tax-supported agencies to the schools.

The costs attributable to illegals are no doubt higher still based on the costs of special add-on costs to teach children with English as second language – additional teachers and additional training. Simply put, children here legally suffer for want of resources appropriated because of illegal immigration.

Taxpayers now and in the future will suffer in trying to keep up with the direct costs, the debt burden, not to mention coping with the sequela. The memes out there to the effect ~~ “come to America — free everything ~~ Uncle Sugar will pay” are essentially correct. Besides protecting the border we need to halt the bait of welfare for illegals in all its forms, something the immigrants who built America never had or demanded.     V’PAC

0
This entry was posted in IMMIGRATION, UNCATEGORIZED. Bookmark the permalink.