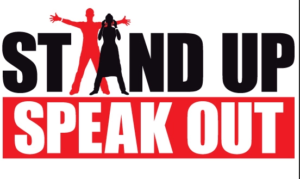 Cummings, undoubtedly, in our opinion, one of the most detestable people in Congress, and that’s saying a lot, is demanding the AG and Commerce secretary hand over documents related to the addition of the citizenship question on next year’s census.

Trump: “I think it’s totally ridiculous we would have a census without asking” about citizenship.

We admittedly agree with President Trump on a lot of things. But this one, in our opinion, is a real ‘no brainer’.

What’s the purpose of a census if not to determine the number of people residing in a country and what percentage of them are actually citizens?

Why Rep. Cummings believes it is necessary for his committee to see the documents related to discussions within the Executive branch regarding the addition of the citizenship question is pretty obvious to anyone paying attention to the partisan atmosphere in Washington these days.

Cummings and his Democratic colleagues hope to find, maybe, a sentence or two in the documents that they could use to distort or misrepresent, that would give an impression, however inaccurate, that there was some politically mischievous reason for asking a person living in the US if they are a citizen.

That’s simply how the Democrats in Congress ‘roll’ these days…and Cummings is as sleazy at that game as anybody in Washington.

Now the Democrats “official” opposition to asking about citizenship in the census is no secret, nor any mystery. Their calculus has always been that the more illegal aliens that can be brought into the US, the more Democrat voters there will be. As we’ve seen, the “migrants” of today, generally, are far different than those immigrants who came before…seeking only opportunity to earn a better life, willing to accept the values, the culture of their new home, to learn the language, and to assimilate as Americans, in every way.

Many of today’s migrants are seeking not just an opportunity to earn a better life, but to be awarded a better life and to be given all the benefits and privileges of our nation’s citizens by just crossing our border illegally! Many have no intention of ‘assimilating’, of accepting the laws and culture of this nation. They intend to come here, settle into their own enclaves…they even bring the flags of their own country…live as they did in the countries they came from, countries they claimed were ‘oppressive’, ‘dangerous’, ‘inhumane’, poorly governed’…you name it. Then here, they make demands on this country for the benefits of citizenship they desire, and elect the people who bought their votes!

And the Democrats are anxious to meet their demands… in return !

The way the Democrats frame their opposition to determining who is a citizen and who is not is  as disingenuous as their rationales usually are, is that “it would intimidate people who aren’t citizens or those who live with people who aren’t citizens, from responding, bringing a distorted allocation of federal resources and congressional representation to areas with higher minority concentrations.”

THAT IS HOW THE WALL STREET JOURNAL DESCRIBES THE POSITION OF OPPONENTS OF THE CITIZENSHIP QUESTION. When they say it would ‘bring a distorted allocation (of resources and representation) to areas with higher minority concentrations’, they mean that fewer congressional seats that Democrats hoped to fill and the added benefits and subsidies that would go to illegal aliens, would not be available.

We ask, why should these things be available? There is nothing inhumane about denying the benefits of citizenship to people who came here in deliberate violation of our laws, bypassing even minimum regulations, even if their claims of refugee status were valid (which many are not).

America is a generous nation. Its citizens, however, have the right to the opportunities and benefits of their status as citizens, just as the people of any sovereign nation do to theirs.

It is thus also the right of a nation to know who is in their country and whether they are here as citizens.