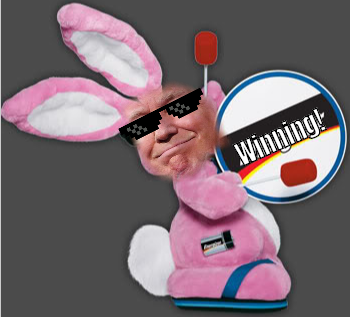 This is a Mid- October article at Market Watch (excerpt below).  Trump in a landslide? This historically accurate model predicts exactly that . Add to this the continued favorable employment, inflation, and stock market numbers, Trump’s increasing support from Black and Hispanic voters, the inability of the Dems to get anywhere with even an impeachment narrative (just the opposite) and well . . .

According to Moody’s Analytics, Trump is headed toward another four years in the White House. And, if the numbers are right, it won’t even be close.

In fact, his Electoral College victory could very well be wider than the 304-227 margin he enjoyed over Democratic rival Hillary Clinton in the 2016 election.

Since 1980, Moody’s has managed to nail the outcome every time but once — like many, it didn’t see Trump coming.

“In our post-mortem of the 2016 presidential election model,” the report said, “we determined that unexpected turnout patterns were one of the factors that contributed to the model’s first incorrect election prediction.” Here’s Moody’s track record, including a 2016 adjustment for the turnout variable:

Will it return to its winning ways? The team takes into account how consumers feel about their finances, the performance of the stock market SPX, +0.28% and their job prospects. Essentially, today, they’re feeling pretty good.

“Under the current Moody’s Analytics baseline economic outlook, which does not forecast any recession, the 2020 election looks like Trump’s to lose,” the authors wrote. “Democrats can still win if they are able to turn out the vote at record levels, but, under normal turnout conditions, the president is projected to win.”

From the MarketWatch archives (August 2016): To professional economists, Trump isn’t even the second best candidate in the 2016 presidential election

Moody’s uses three models to come up with its forecast. In each case, Trump gets at least 289 Electoral College votes.

The “pocketbook” measure, which focus on how people feel about their money situation, is where Trump shines brightest, grabbing a whopping 351 electoral votes. “If voters were to vote primarily on the basis of their pocketbooks, the president would steamroll the competition,” the report said.

The stock-market model gives him the slightest edge of 289-249, as investors continue to navigate a volatile investing landscape. Then there’s the unemployment model, which leans heavily in his favor at 332-206.