CHRISTOPHER WRAY TO ‘SAVE THE DAY’ 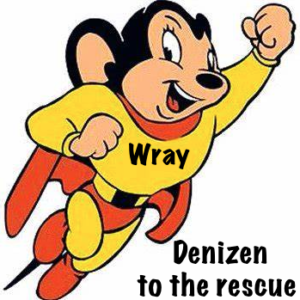 FBI Chief Could’ve been knocked over With a Feather When Horowitz Told Him There Might Be A Tad of Incompetence in the Bureau!

But By Golly, Chris Is Going to ‘Step Up’…Will Undoubtedly Have Agents Attend Training To Learn That Fraud, Lying, and Leaking Are Against Policy 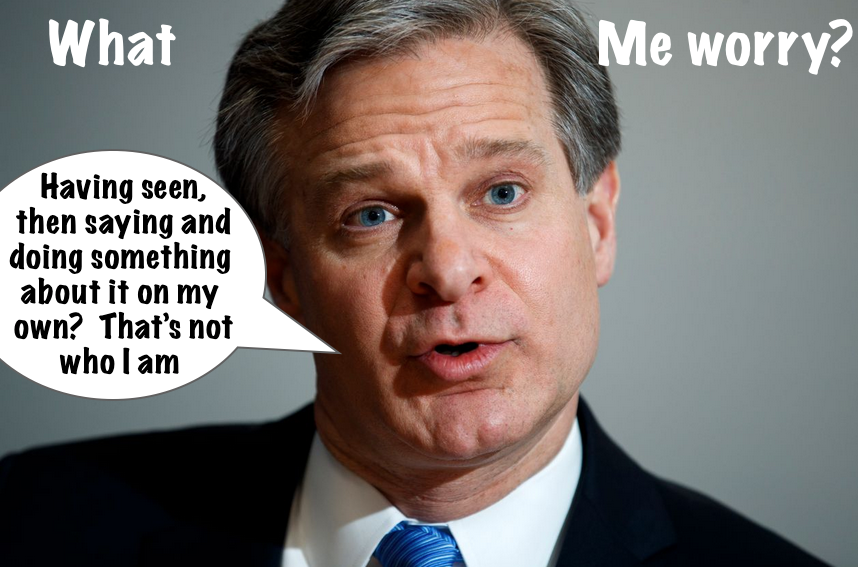 Always a ‘Favorite Trump Appointee’ of Ours, we’ve noted a lot of Democrats must like Director Wray. He received confirmation support from all but 5 out of 48 Dem senators when Democrats really didn’t want to confirm any of President Trump’s appointees…Ben Carson was confirmed with only 7 Democrats voting ‘yes’; Betsy De Vos confirmed with 0 Democrats; Bill Barr was supported by 3 Dems!

In our opinion, the Democrats have been richly rewarded for their support of Christopher Wray. As FBI Director he’s done less to restore the Bureau’s image and effectiveness than it would have seemed possible to do less.

Wray stonewalled, slow-walked, and blocked many, various efforts by congressional Republicans to get to the bottom of all the incompetence and wrongdoing by key FBI officials during the Obama administration and highlighted in the DOJ Inspector General’s report. When ‘doing something’ is inescapable, Wray always announces he’s gonna have a “training program”!

Some, whom IG Horowitz has even identified as part of the FISA fiasco, are still employed by the FBI.

If the reputation and the American people’s confidence in the FBI is to ever be restored, a good first step would be for President Trump to find a new Director.    dlh

Article at WSJ link below

1 Response to Chris Wray Joins the Fray…Will ‘Save the Day’…His Way!