A COLLUSION TALE: THE BIDENS AND CHINA
Andrew McCarthy

“The Biden name, however, was what China wanted. And to repeat, CEFC was China, and everybody knew it. Gilliar admonished Bobulinski that the players on the CEFC side of the venture “are intelligence so they understand the value added” by the Biden connection. In text messages, Hunter scolded Bobulinski, reminding him that CEFC execs were “coming to be MY partner to be partners with the Bidens,” and that “in this instance only one player holds the trump card and that’s me. May not be fair but it’s the reality because I’m the only one putting an entire family legacy on the line.”

It’s a long article, but it spells out just how deeply the Bidens colluded with China, and, more importantly, the Chinese Communist Party. It is detailed, such that a reasonably competent investigator could confirm the truth of its assertions quickly and almost effortlessly.

To us, though, the big story is that if Andrew McCarthy has this much detail of the Biden family corruption, and Joe Biden’s relationship with the Chinese Communist Party, wouldn’t a reasonable person correctly assume that the DOJ, William Barr, and his “major League Investigator”, John Durham would have, or could have easily gotten this alarming, damning information months ago?

And, as serious as this is, regarding the security of the United States, and the safety of all Americans, wouldn’t a responsible and serious Attorney General, have made this information known to the American people?

Most certainly, competence and national responsibility would dictate that it be made known ahead of an election…an election which could make such an incredibly corrupt person as Joe Biden is, one highly vulnerable to blackmail by our nation’s most dangerous world adversaries, the president of the United States!

Attorney General William Barr’s stupidity, cowardly reticence incompetence, ignorance, deceit, treachery, or combination of some or all of these traits, in this situation, is breathtaking.

To believe that this should not be known by the American people at this time…William Barr cannot possibly be that stupid!           dlh with R Mall 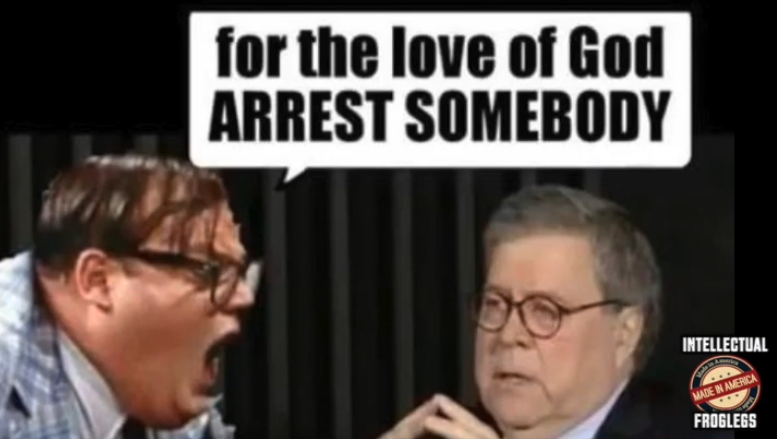