Media outlets led by AP and Fox News “declare” Biden/Harris victors. They are corrupt. There is no winner when votes adequate to change any purported winner remain uncounted or under serious challenge.  A succinct timely response came our way offered by Catholic Vote.  It reads:

“This election is far from over, and no American should accept the outcome until states certify their results, and all legal challenges have been resolved. The American people are entitled to the assurance that every legal vote was counted, and that irregularities did not have any impact on the election outcome.

“Premature declarations of a winner only serve to inflame the already deep divisions within our country. The media does not decide the winner of our elections. We have laws and courts for a reason. It’s important to note that multiple states are still counting ballots, with recounts likely. In addition, the courts are now reviewing several lawsuits, with more expected in the coming days. The outcome of these cases could alter the vote tallies in several states.

“We call on county officials in key contested states to immediately publish the full voter roll so that observers can resolve questions related to ballot and voter irregularities. These voter rolls are always made public months after the election, yet today remain hidden. Failure to make them available now is shielding the public from critical information to which they are entitled.”

The Iowa GOP has still not published at this writing any Trump related news about the clear efforts at voter fraud in various states and his campaign’s various state challenges including in the courts. This is Saturday November 7th and there have not been any posts since some time on the 5th and only to congratulate a few winners with no news about the overall picture.  Here are screen grabs from the RPI website, Facebook and Twitter from just moments ago. 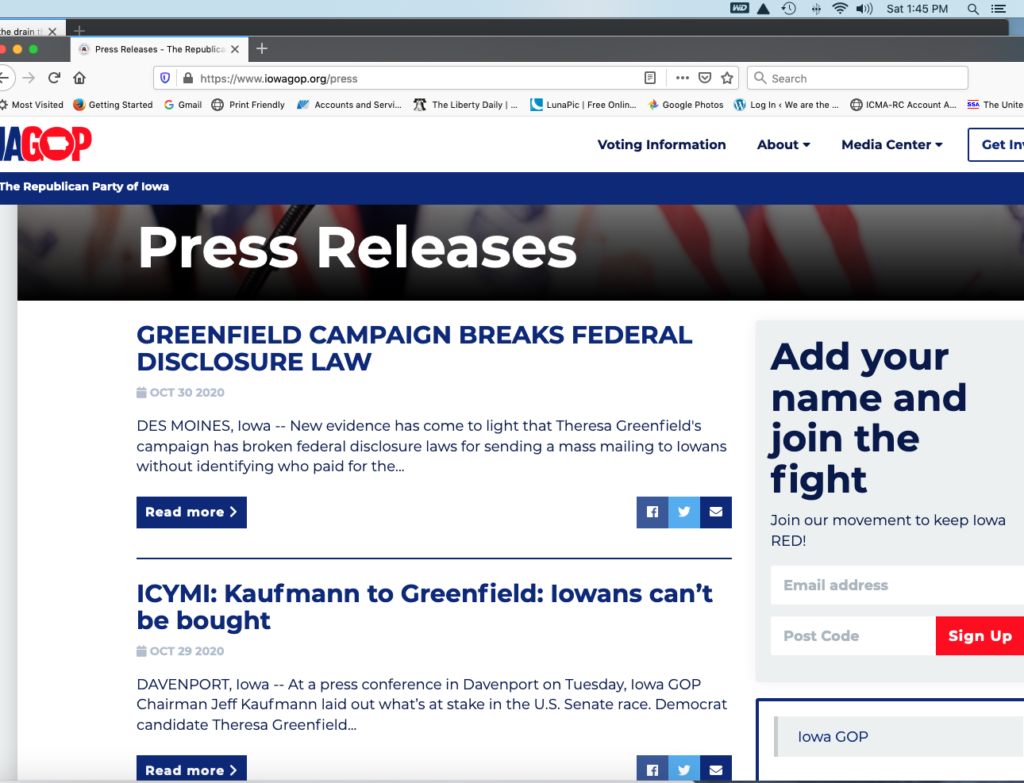 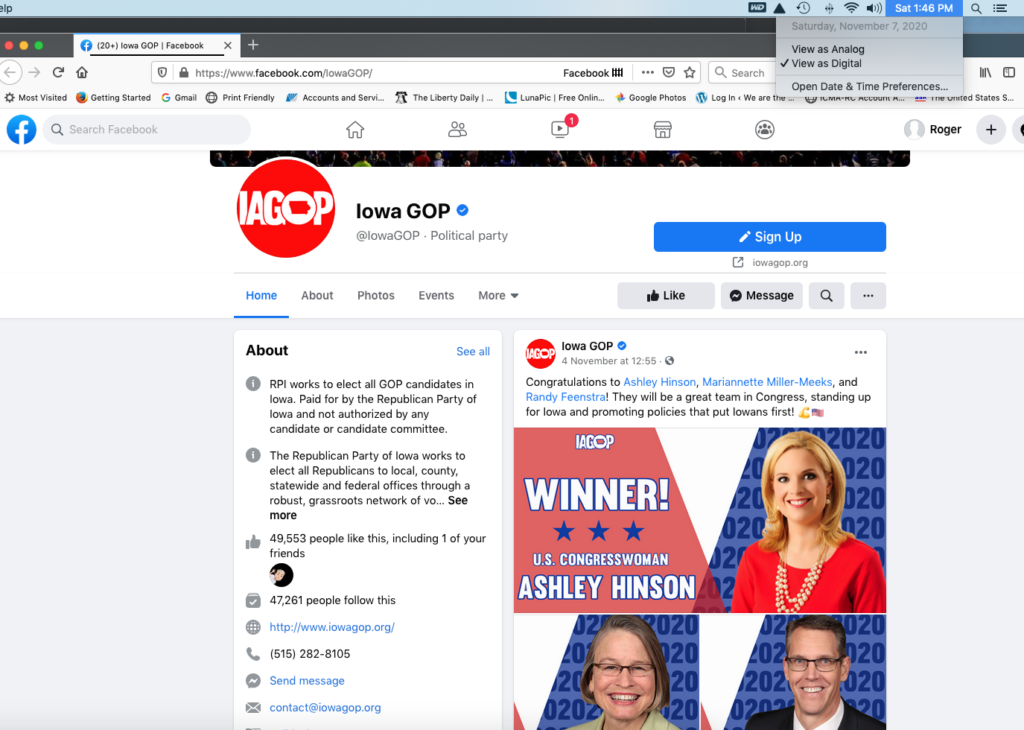 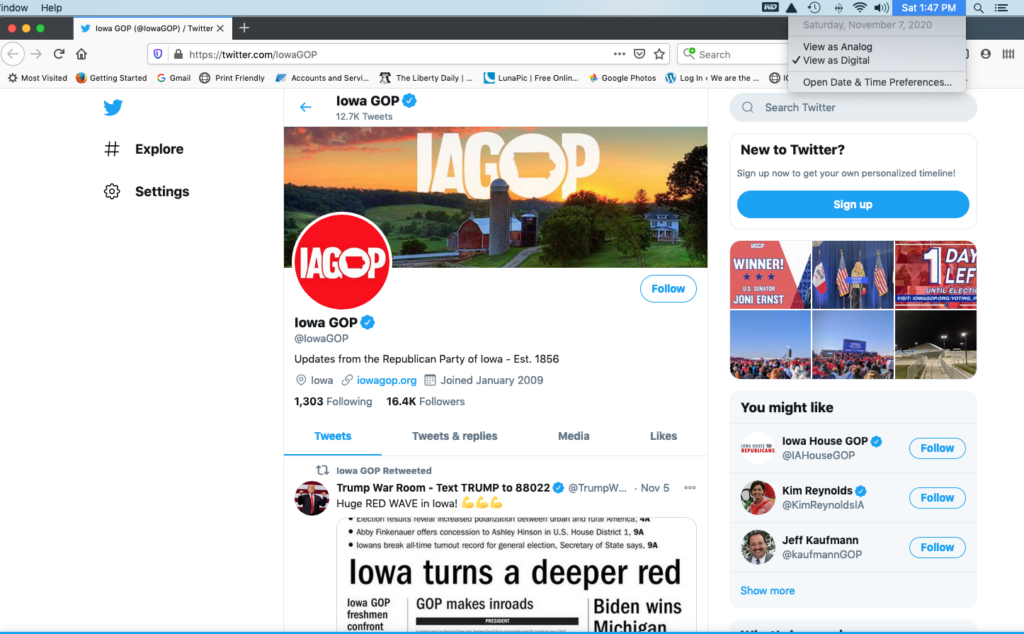