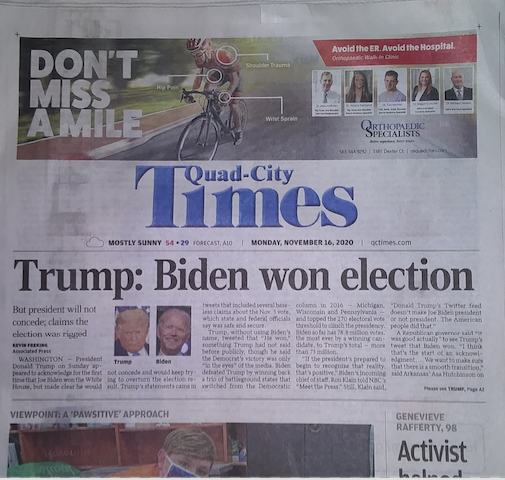 We missed it because of course it didn’t happen.  Here is a collection of their front page above the fold headlines, contemporaneous to Biden’s statement on or about October 23. 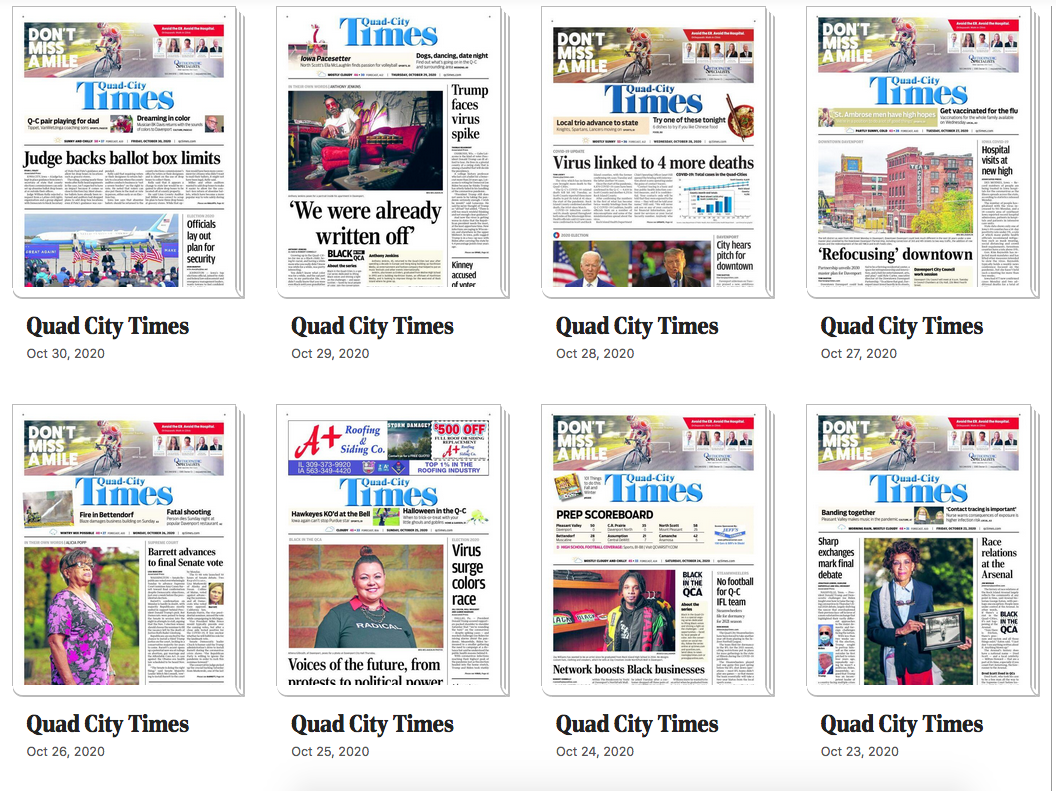 Yep, nothing about Ol’Joe saying that, which he did.  Wonder how and why that happened?

As to Trump’s comment as portrayed by the QCTimes indicating Trump said Biden  “won election”  Trump was exercising his Tweeter and did not put quotes around the word “won” because he went on to say it was rigged which means it really was not “won” other than rhetorically.  It has certainly not been “won” and Biden is not the President-elect at least as yet.  No official determination as to the winner has been made, the only declarations are by the media.

What we are finding out is that would have the QC Times issued such a Biden related headline as we searched for,  it would have reflected reality, as Biden heads the Democrat Party and the revelations of fraud are extensive, perpetrated by Democrat operatives and determinative of a hijacked election attempt.