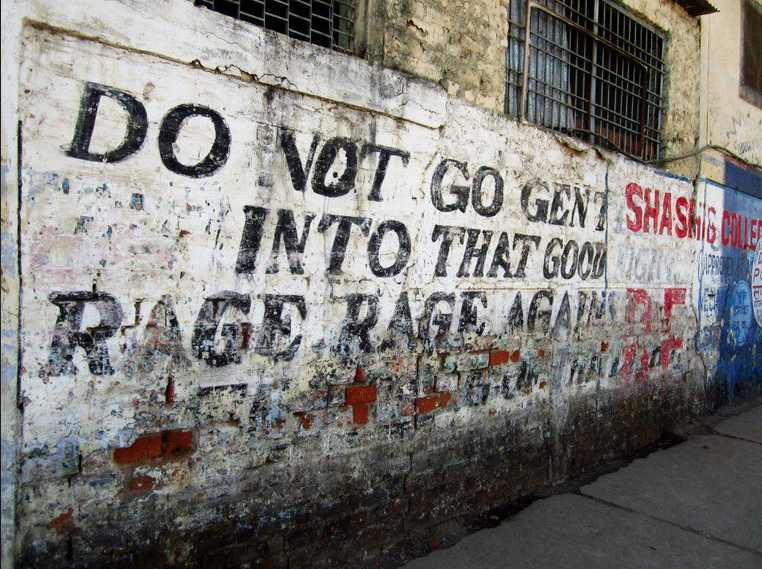 As America descends into Communism, I’m reminded of the famous Dylan Thomas poem, “Do not go gentle into that dark night…rage, rage against the dying of the light”

While the poem has nothing to do with the fate of America, its words seem very appropriate for this time.

The “dying of the light” speaks to the death of a dream, an idea…the American ‘idea’ of freedom and how it is attained.This day and the ensuing weeks is the time that the future will say that idea died.

True democracy, a free republic, where opportunity was provided to all in return for their efforts and their hard work was willingly exchanged by a majority of voters and a willful political party eagerly embracing the most evil governing ideology in modern history, for the sake of money and power over a nation’s people.

A serious investigation would prove that false representation of fact and suppression of truth by the majority of the nation’s media outlets, and criminal activity in the election process contributed to the ‘fading of the light”… all had nothing to do with the demise of democracy and freedom in America…or would it?

While an investigation may not prove that machines set up to change votes, false reporting of results and creation of fake ballots determined the outcome of the election, it would satisfy that all of the sworn statements of first hand observation of wrongdoing at vote counting locations was wrong; that all of the analyses of voting patterns by experts was mistaken, that changes to voting processes by other than state legislatures was not illegal, and that the discovery of ballots found long after election day that heavily favored one candidate was not a problem.

It would show that all those indications of candidate popularity…that voters who turned out by the thousands, bad weather notwithstanding, was not relevant to the way the electorate voted.

And, investigation would prove that a majority of the voting population was merely ill-informed, imperceptive, and made a purposely irrational choice in favor of a mentally challenged candidate who did not wage a campaign or give voters an indication of his agenda…who would not even suggest whom his choices for Cabinet posts or Supreme Court Justices would be.

An investigations would surely calm the ‘rage against the dying light’ of a dream that once led, and, inspired the world.       dlh

Do not go gentle into that good night

Do not go gentle into that good night,
Old age should burn and rave at close of day;
Rage, rage against the dying of the light.

Though wise men at their end know dark is right,
Because their words had forked no lightning they
Do not go gentle into that good night.

Good men, the last wave by, crying how bright
Their frail deeds might have danced in a green bay,
Rage, rage against the dying of the light.

Wild men who caught and sang the sun in flight,
And learn, too late, they grieved it on its way,
Do not go gentle into that good night.

Grave men, near death, who see with blinding sight
Blind eyes could blaze like meteors and be gay,
Rage, rage against the dying of the light.

And you, my father, there on the sad height,
Curse, bless, me now with your fierce tears, I pray.
Do not go gentle into that good night.
Rage, rage against the dying of the light.