Impeachment Trial? Let the Dems step in it 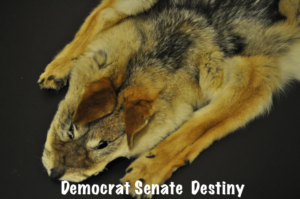 Report by Beth Bauman at TownHall, our annotation in red

Sen. Lindsey Graham on Sunday penned a letter to Senate Majority Leader Chuck Schumer (D-NY) on Sunday calling for the article of impeachment against President Donald Trump to be dropped. According to Graham, Schumer’s first act as the chamber’s head should be to shut down the “unconstitutional action” that is being taken.

“Vice President Pence stood in the breach (Editor: oh please Senator, see our comment at end of this ) against unconstitutional calls for him to overturn the 2020 election and violate his oath to defend the Constitution. Mitch McConnell, the Senate’s Majority Leader, likewise rejected those same calls. Virtually all of us rejected further challenges to the 2020 election,” Graham wrote.   (Editor:In other words a rather pathetic ~~ We’ve done your bidding, we capitulated early without hearing the full case, don’t make us uncomfortable, let’s move on)

“But now, in your first act as Majority Leader, rather than begin the national healing that the country so desperately yearns for, you seek vengeance and political retaliation instead. (Editor: why should we be so desperate if they are not?!) While the Vice President and Senate Republicans rejected unconstitutional actions, (Editor: that is your opinion Lindsey but thanks for denigrating your betters at Constitution interpretation – Cruz and Hawley)  you seek to force upon the Senate, what would itself be but one more unconstitutional action in this disgraceful saga – the impeachment trial of a former president.”

Graham pointed to the Constitution, saying Congress’ ability to impeach a president can only be done while he or she is in office.

“The impeachment power exists to protect the Nation from the harm that an incumbent president might inflict upon the Nation were he to remain in office, not to vindicate political grievances after a president has left office,” the letter stated.

While removing a president from office and barring him from running for office again are Congressional powers, those remedies have to take place while the president is in office.

He made the argument that this move can and will set a dangerous precedent.

“Where does this all end? When Republicans in the 115th Congress had control of both chambers, should they have impeached and disqualified President Obama from future office for his handling of Benghazi? Should Democrats now just ‘go ahead’ and disqualify Trump administration officials from future office while they hold both chambers, just because they believe they can?” he asked.

Graham concluded his letter by saying the impeachment of President Trump wouldn’t be about protecting the country and the Constitution. He called on the Senate to dismiss the article of impeachment once it’s received in the chambers.  ( Editor: For crying out loud Graham the constitutional absurdity of it is so clear, indeed it amounts to a Bill of Attainder  let the jerks confirm their idiocy )

My letter to Democratic Leader Schumer.  The Senate should vote to dismiss the article of impeachment once it is received in the Senate. We will be delaying indefinitely, if not forever, the healing of this great Nation if we do otherwise. pic.twitter.com/fjVcf7iVPf

This writer is fine with the matter moving forward particularly as it delays any other Democrat work and capitulation to same by Graham and others , and exposes Dems and a few RINOs and however it makes Graham and McConnell uncomfortable.

As for Pence — Pence viewed his job as ministerial, a complacent demeanor unbecoming what is at stake. I don’t think the framers wasted time putting ministerial folderal duties in the Constitution. He arguably could have asserted a duty to protect the integrity of the electoral college through his evaluation of the votes or he and Graham and McConnell could have argued for and vigorously pursued recommendations of their Constitutional betters — Harvard Law Cruz’s and or Yale Law Hawley’s proposals.  The SCOTUS may well have decided against them but the presentations and arguments would have been valuable and useful for history. Trump supporters want hearings and opportunities to present evidence denied them in a timely manner and do not demand a particular result.    R Mall