Since When Was the National Guard intended as the Praetorian Guard 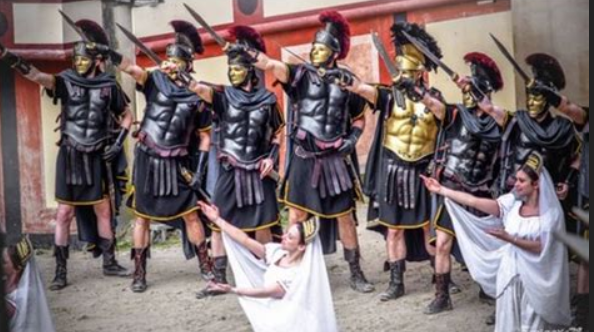 On Jan. 6th, the biggest cow in the country broke out of the most prominent barn in America.

The next day an order was placed for a new, massive padlock. Directives were issued. Across all fifty states, 25,000 phones rang. “Get your gear, you’re heading for D.C. to provide security for the inauguration.”

The troops gather at their armories, load up, and upon arrival in their nation’s Capital, they’re greeted by: “We know half of you guys likely voted for Trump, and we need reassurances that one of you psychos won’t do ‘something’ contrary to orders.”

So you have 25,000 men and women put on an actual show of force against some imagined threat, just two weeks after there was insufficient force available to repel a real, pre-planned riot.

The party’s over, time for the after-action report. What did we learn? 1. It appears that National guardsmen are not traitors (who knew?). 2. Threats to the inauguration were overblown for political purposes.

Hundreds of these troops have now come down with COVID-19. (not unexpected with typical close-quarters military life and an occasional, cold parking garage) It won’t be “reported” as such but realistically, the Biden inauguration is likely the biggest coronavirus “super-spreader” event since the pandemic’s origin.

So here we are, the cow’s running free in some unknown pasture … but look at the new “security system” the barn-owners are enacting.

Watch out, they’re just getting started.