The GOP establishment in the Senate is going to have to make a choice –  Mitch McConnell or the hoards of Trump defenders.

Can you believe this email communication subject line from McConnell’s Senate PAC on February 13th, the day he back-stabbed Trump supporters MAGA supporters, true conservatives..  He wants to raise money to continue to be the king maker.  To say the least we recommend against giving to it. 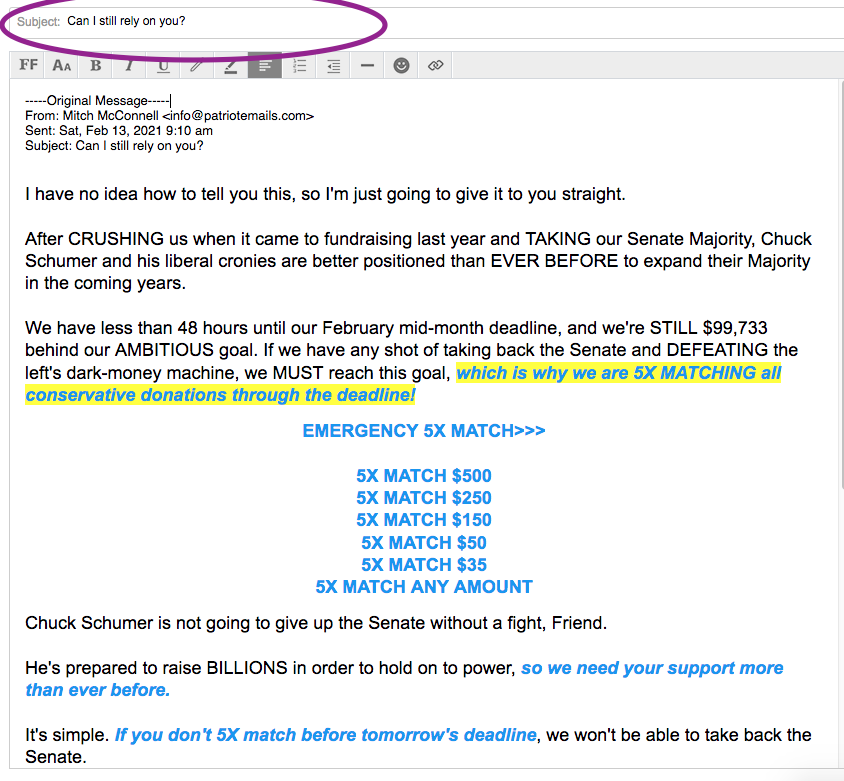