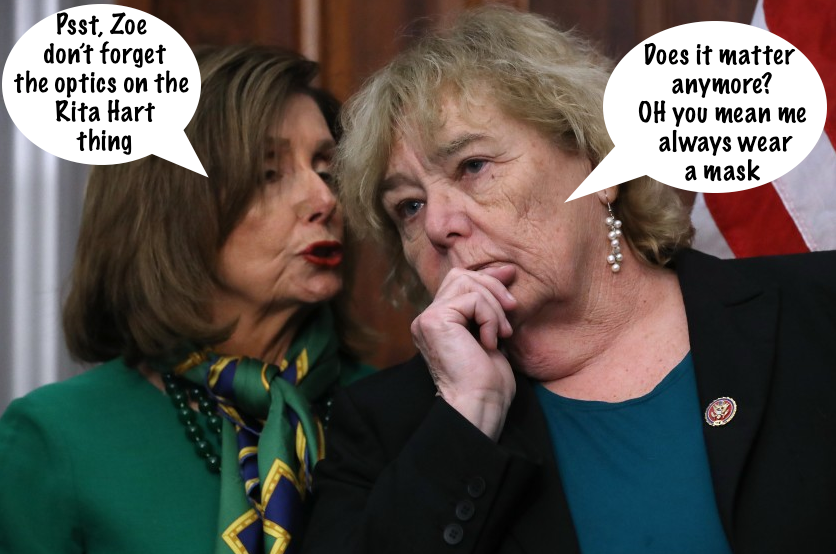 We received the email below from our wannabe congressional person Democrat Rita Hart who is perhaps moving closer to being seated, bumping out Republican Mariannette Miller-Meeks who was provisionally seated by Speaker Pelosi after MMM won a number of recount efforts. For Pelosi-led Democrats though it is they who will do the final counting, thank you very much, and when they get around to it.  That “process” had been put on hold as a matter of timely optics given the Trump impeachment and Democrat efforts to deny evidence of vote fraud,  suspension of required legal processes,  disenfranchisement as regards Trump’s election could possibly go on or be sufficient to change results. Now the big question for Democrats is — do those optics still control (we know they have no ethical compunctions).

With so much happening in the news these days, we wanted to make sure you were caught up on the latest with our contested election here in Iowa’s 2nd district!

Our press team put together a few articles that we think everyone should see. Take a look: 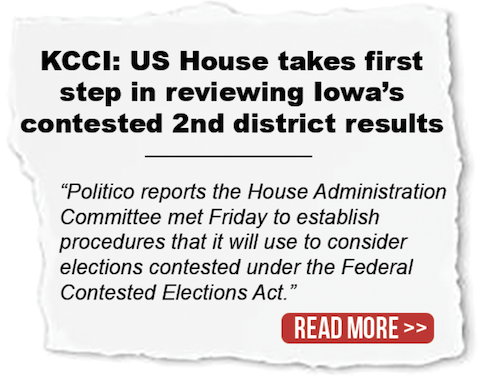 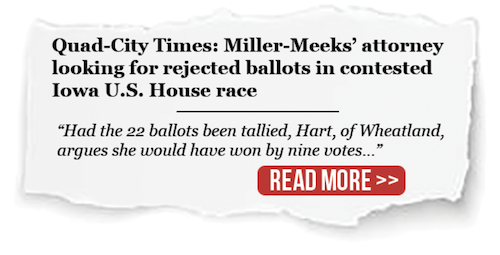 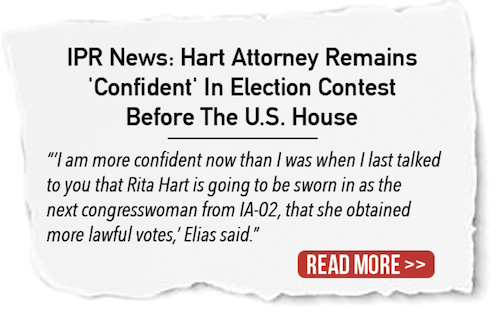 Throughout this whole process, we’ve been clear about what should happen here in IA-02: We should count the votes. Twenty-two voters are still waiting for their legally-cast ballots to be included in the tally for this race, and they’re speaking out. Watch this video here as they tell their powerful stories >>

We’re expecting to know more in the next few weeks, so stay tuned! In the meantime, thank you for sticking with us. This has been a much longer journey than we thought we’d have, but it’s worth a few extra months to make sure all the votes are counted and get Rita to Congress!

-All of us at Rita Hart for Iowa

A couple of months ago we proffered that:

“. . .  we presumed Democrats would have no discretion in seating Hart. We still do not given Pelosi’s weasel words of seating Miller-Meeks”provisionally” The Democrat powers that be saw the implications “the optics” as well as we did and made the same calculus. The Miller-Meeks/ Hart situation was pretty prominent and better to put Hart on hold until the presidential situation is resolved. Which is all they really did. It could be that Hart’s case is too sketchy and MMM will be merely allowed the seat while painting a cloud OR we think more likely, given who we are dealing with, once the presidential situation is resolved we suspect they will go ahead and remove MMM and seat Hart. If President Trump prevails (as we pray) they will seat Hart to add to what little cushion they have in the House. Same if Biden is inaugurated.

Once ‘cocky’ Democrats recalibrate ambitions in Congress amid election setbacks