. . . had his handlers allowed him more leeway 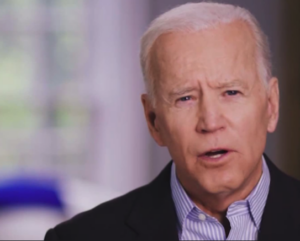 Shares his ‘own anguish’

On Saturday, President Biden visited all three locations of the 9/11 attacks in 2001.

At each location he shared with the families of those lost on that day his own grief over the loss of his older son, Beau…who was not a victim of the 9/11 horror.

At Shanksville (PA): At great length, the president told families how much he shared their grief over the death of a son or daughter, a husband or wife, of grandchildren, cousins, aunts, uncles, or grandparents.

“My son, Beau, was not on Flight 93 that day”, he told the families, “but he did take a flight on a United Airlines plane once.

Flight 93, on which 188 people lost their lives on 9/11″, Biden noted, also was an aircraft owned by United Airlines.

“Thus”, the president said, “I mourn with you on this day, the loss of a loved one”.

Among the fond memories I have of Beau”, he added, “is what he said to me the first time we traveled on Air Force 2 . He said, “Dad, Let’s Roll!”.

At the Pentagon (Wash.D.C.): “I miss Beau”, Biden told the families of the military service and civilian personnel who were killed on that day. “Like many of your lost loved ones, Beau was in the military and he died, though not on that fateful day. Then, he ‘whispered’ to those gathered for the tragic occasion…”but I miss him as much as you miss your loved ones”.

At New York (NY), ‘Ground Zero’: “I join with you today to grieve the loss of a loved one on 9/11. I. too, lost a loved one though not on that day”, Biden said, “ but I share your grief and sadness as we gather at this place on this day. While my late son, Beau, was not among those who perished on 9/11, we have a close connection with you. Just weeks before that tragic day, my son, Beau, rode an elevator in the South Tower.”

(President Biden did not deliver any extemporanious remarks on his visits Saturday, to the sites of those attacks on Sep. 11, 2001. But if he had, one can bet, they would have gone something like the above…which is why his ‘ handlers’ did not allow much latitude for him to speak to those gathered for the solemn occasion.).   dlh

Biden Gets Booed at Ground Zero, Then Says More Offensive Things at Memorial.

Other related articles at RedState