Regarding the Bovine Administration 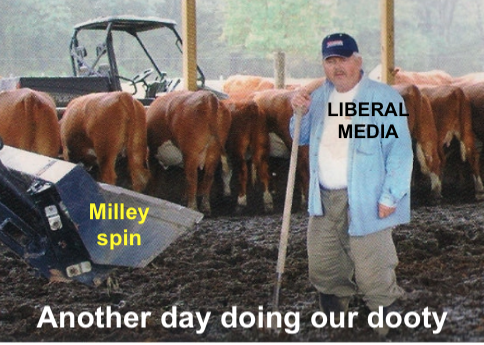 I wonder why it has not been prominently discussed that there is an almost eerie comparison between what Milley is being defended vigorously for by the entire Biden administration and Democrat  party and what General Flynn was indicted.

If Milley was “justified in talking as he allegedly did to his CCP counterpart then Flynn’s “contact’ with the Russian ambassador was certainly not “improper”.

I wonder why this hasn’t been widely discussed by the Trump people and Republicans in general.      dlh