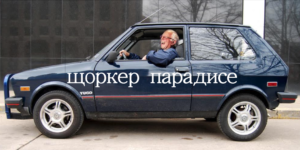 How many Biden/ AOC/Hillary/Pelosi/Schumer NASCAR fans do you know?

Here is a spicy expose at Liberty Nation        dlh

“Brown drives for family-owned Brandonbilt Motorsports and earlier this week displayed his shiny new wrapped car for the public with the now universal chant emblazoned across the body. Okay, granted, the phrase “Let’s Go Brandon” can mean different things to different folks. But the hypocrisy of the move by NASCAR President Steve Phelps is not lost on the sport’s zealous fans. As Mr. Phelps described at the Phoenix International Raceway last November, “I think, unfortunately, it speaks to the state of where we are as a country. We do not want to associate ourselves with politics, the left or the right.”

“It appears Phelps forgot the BLM car flying around the oval tracks but never winning a title.That car cannot be political, now can it? Fans have pondered for less than an entire second. In Frisco, TX, Ken Ratliff mused, “NASCAR needs to be reminded who their customers are…”  by Sarah Cowgill, Liberty Nation