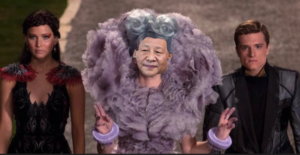 Hypocrisy is too a trite a word for the “woke”  leadership of  US corporations and their utter callousness, nay, their aiding and abetting of an evil regime’s PR extravaganza, the Bejing Olympics.  These creeps are covering for the CCP dictatorship’s crimes against humanity — slaving , genocide, horrid human experimentation, extreme oppression of the country”s entire population, ruthless hegenomy — they grovel before the likes of Xe Jinhping accepting his blood produce.

One: The CCP has violated every provision in the UN Genocide Convention in its horrific, horrific abuse of the Uighurs in the far-west region of Xinjiang. It’s holding roughly 2 million Uighurs, Kazakhs and other Muslim minorities in some 260 secretly built, high-security concentration camps and other detention centers. The handful who’ve gotten out say they were subjected to indoctrination, sexual abuse and even forced sterilization.

Two: Beijing utterly refuses to cooperate in any real investigation into the origins of the pandemic that’s taken more than 5 million lives. In fact, as David Asher noted, “the scientific and circumstantial evidence that the COVID-19 pandemic resulted from a lab accident at the Wuhan Institute of Virology is close to dispositive.”

The CCP has done everything in its power to muddy the waters from the pandemic’s first days. From scrubbing whistleblower Dr. Li Wenliang’s name from the Internet to blaming the US for bringing it to China’s shores via frozen-food packaging to muscling the World Health Organization into supporting its lies.

Three: China harvests the organs of prisoners of conscience, a nearly two-decades-long practice, mainly from Falun Gong practitioners and Uighur Muslims. Beijing insists all organs are from “voluntary” donors after death, but the raw numbers render that an impossibility.

Four: The crackdown on freedom in Hong Kong, contrary to Beijing’s promises in the accord handing over the island city. Not only has the CCP squashed any semblance of democracy, it’s now arresting anyone and anything that stands in its way.

Five: Beijing’s war on churches. President Xi Jinping wants no other gods before him: He has been cracking down on China’s Christians for years, refusing to allow children to attend worship, tearing down churches, replacing images of Jesus with his mug, imprisoning pastors and editing the Bible so that it adheres to the CCP line.

What has happened to the 12 million Uyghurs, who live in Xinjiang province, is especially gruesome. The Uyghurs are ethnically of Turkic descent and practice Islam. Today, up to 3 million of them are believed to be confined to internment camps that are euphemistically termed “vocational training camps.”

What is life like in these camps? Slave labor and fear are the common themes. The most grisly fate is forced organ harvesting, in which Uyghurs are killed so their bodies can be cannibalized for sale on a macabre global market operated by the government. There is some evidence that members of the Falun Gong religious sect are suffering the same fate.

There are also reports of Uyghur women being used as sex slaves for the People’s Liberation Army.

In the waning days of the Trump administration, Secretary of State Mike Pompeo officially classified all this mistreatment as genocide, a designation that has not changed under the Biden administration’s State Department and Secretary Antony Blinken. For its part, the Biden administration announced a “diplomatic boycott” of the Olympics. This toothless response generated little more that scorn in Beijing. Even the Uyghur Forced Labor Prevention Act recently signed into law by President Biden is likely to have little effect on the behavior of the Chinese government. 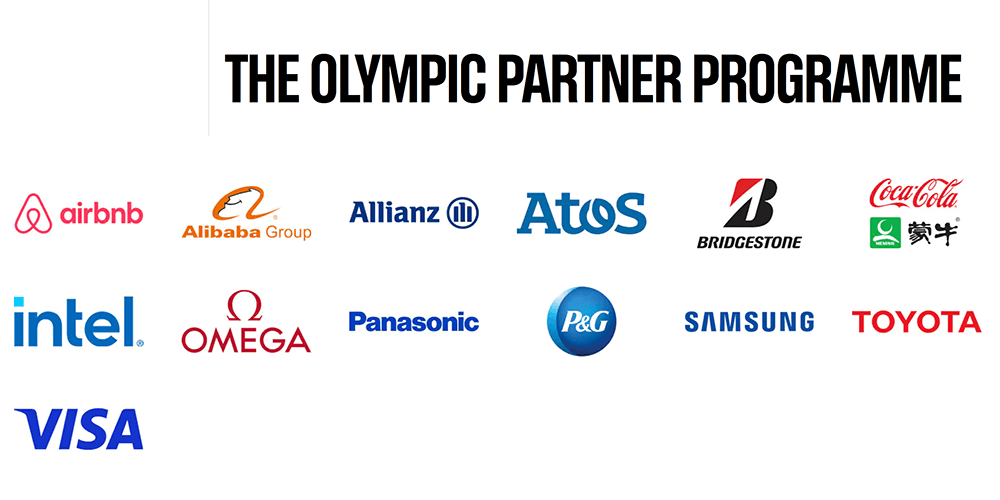 Who are the corporate  enablers of Chinese crimes: (media radar)

Were not some of these CEOs all hot and bothered about Georgia trying to secure against election fraud?

Washington Post: Coke and Airbnb are still on board