The FBI DC swamp ring know they must kill the king

There is an expression attributed to Emerson ~~When you strike at a king, you must kill him~~. Wounding him just won’t do. 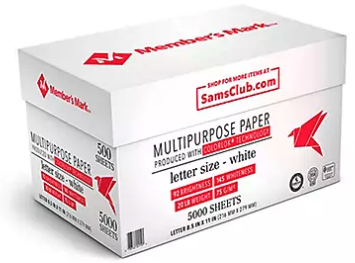 Allegations against Trump of “10,000 documents” (declassified but held by him under Secret Service protection but somehow necessitating a raid by the FBI). Given that many are e-mail copies, such a “trove” could probably fit in 2 of these boxes. Now about Obama’s 30, 000,000 pages — see NY Post article link below.

Emerson’s was a poet but nevertheless it is something the criminal mind (like FBI leadership) knows instinctively in their reptilian swamp-dwelling survivalist brain.  In their parlance, if the “king” survives he is going to be p*ssed and your sh*t becomes weak.  They are the ones who end up “dead”.

And so knowing how dirty they are, and how with a Trump return to power that their heads are on the chopping block, figuratively of course,  the DC apparat is working overtime to exploit any pretext — however obscure, however abusive, or selectively used to “kill the king” and send fear into the heartland  to the effect that “you could be next as we know where you live.” They do so using intimidation, selective leaks, distortions, lies and manipulations, planting or altering evidence . . .  things they have already done to Trump, his more prominent supporters  especially with the intention of destroying the spirit of the Trump supporting bourgeoisie whose spirit must be destroyed they hope by sullying “their leader”

But they are so stupid.  They think their sinecures are safe but for Trump. They think that if they can get Trump out of the picture either Democrats will win or a non-Trump Republican winner will be ~ ~ reasonable.  But the Republican Party nomination processes as now effectively constituted, imbued with MAGA sentiment, a good healthy and strong sentiment is not going to go back to the likes of the Bushes or Cheneys or Romneys where the desperate  nostalgic FBI could feel safe and operate as always.

The next president of the United States is going to be a MAGA type politician, perhaps Trump, or maybe someone they should fear even more,  a Cotton, a Cruz, a DeSantis all less easy marks and not as likely to be hamstrung by the same foibles as Trump continues to be. The Democrat nominee will be saddled with a detestable doctrinaire leftest activist base whose world game plan is to Make America Poor.

Because the FBI institutional zeitgeist, exemplified by the leadership cohort and apparently extending quite deep into the field office leadership who aspire to the DC swamp, is so much of a reprehensible political nature the FBI should be disbanded and its legitimate functions refined and dispersed.  Its leadership has sullied its reputation after decades of lionization such that: Calls grow among prominent figures to create a new ‘Church Committee’ to probe FBI abuses.  In my judgement rearranging some deck chairs while keeping the same overall reach is not the answer. Scope ought to be curtailed and that divided so as not to create new law enforcement agencies with similar powers.

Related reading: Note these articles also serve to indicate how wrong Bill Barr has been.

From Paul Sperry surmising the deep political corruption in the FBI:

Paul Sperry Unpacks the Trump-Hillary Double Standard: For Her, the FBI Helped Obstruct Its Own Investigation.

Trump and the Secret Documents