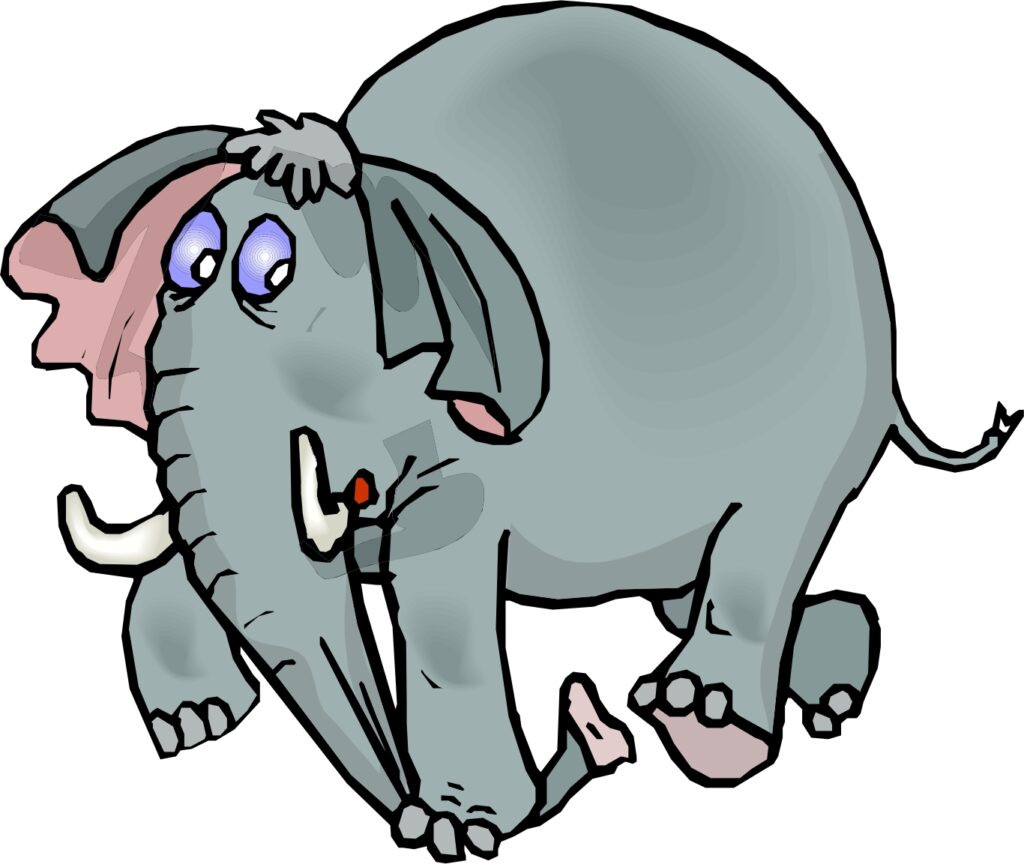 Elephants are supposed to have long memories. Anyway what’s that he’s stepping on.

What, say it isn’t so, “insurgents” a.k.a. “terrorists”* were able to pull down a Speaker of the House grip on power?!

Did it hurt her ability to govern the lot? Were Democrats ineffectual as a result?

From this morning’s Daily Signal recap of extended Speaker votes over the course of our nation’s history:

7 Big Fights for Speaker of the House (excerpt)

Democrats won control of the House in the 2018 midterm elections, but 21 of the newly elected and returning Democrats vowed during the campaign that they would not vote for House Democrat Leader Nancy Pelosi, D-Calif., to reclaim the speakership.

Of those 21 Democrats, 13 were freshmen; another previously had won a special election in Pennsylvania. They were a mix of far-left progressives in deep-blue congressional districts, where Pelosi was viewed as an out-of-touch Washington hand, and moderates who ran in red and purple districts who didn’t like her politics.

Another 19 successful Democrat candidates in the 2018 midterm elections were noncommittal during their campaigns about whether they would vote for Pelosi to return as House speaker in January 2019 after her stint in the job from 2007 to 2011.

Initially, Democrats’ goal was to allow these new members to keep their promise by opposing Pelosi for speaker in a meeting of the House Democratic Caucus, but support her in the House floor vote. However, 16 Democrats formalized their opposition by signing a letter asserting that they were “committed to voting for new leadership in both our caucus meeting and on the House floor.”

Eventually, Pelosi was forced to negotiate a deal with these Democrats, agreeing that she and her leadership team of Reps. Steny Hoyer, D-Md., and James Clyburn, D-S.C., would term-limit themselves to four years.

This convinced most of the rebellious Democrats to return to the fold. On Jan. 3, 2019, the opening day of the session, just 12 Democrats voted for someone other than Pelosi for speaker while three abstained.

* Nice little term coined by Dan “Eyepatch McCain” Crenshaw regarding the twenty who are holding out for needed reforms in how the country does business.